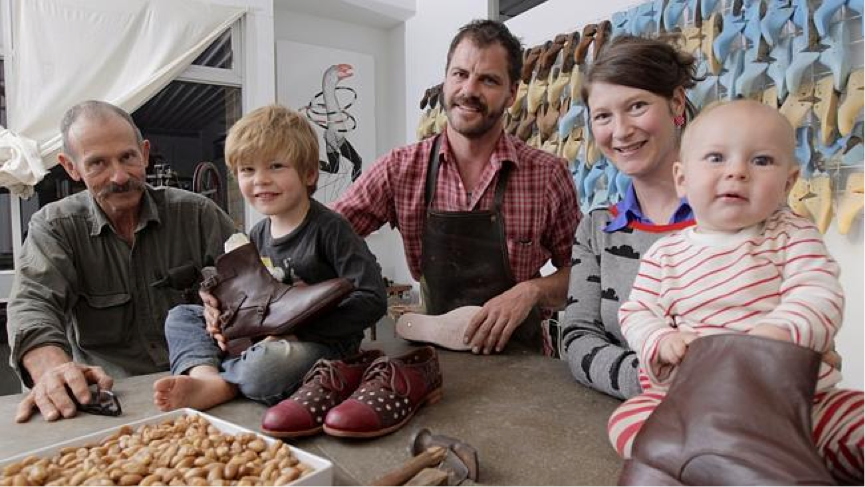 BESPOKE shoes, biodynamic dates and a nascent cafe culture so hip and self conscious it could be Melbourne’s aren’t found in every country town, but then Alice Springs has rarely been average.

Since pioneer days a boom or bust town, Alice is now in the grip of a downturn after the end of stimulus spending. Many shops in Todd Mall stand empty. But here and there are green shoots of new life.

A side effect of the recent burst of government spending was an influx of educated 20- and 30-somethings, a few of whom stayed on and are now setting up businesses of their own.

About 70km from town, five friends have taken over a lapsed 75ha date orchard to establish a cooperative called the Desert Fruit Company, through which they hope to refine techniques for arid-zone agriculture. All are veterans of the construction industry or the so-called “Aboriginal industry”.

“We want to grow figs, carob, asparagus, mulga seeds and pistachios,” said Ben Wall, one of the five. “It’s probably a five-year plan.”

Ella McHenry, another of the group, quickly corrects that to 25 years.

“There’s lots of people doing permaculture in high rainfall areas, but hardly any trying it in areas like this,” Ms McHenry said. “You can’t just wait for the government to keep dishing up money so we can have these nice programs where we go around in four-wheel-drives talking to people; you’ve actually got to have your own thing.

“We’re in an incredibly fortunate situation; I have to pinch myself every time the sun comes up. Then the flies come along.”

Entrepreneur Chris Wilkinson revamped his cafe, Page 27, to cater to the town’s arts establishment when he took it over about three years ago, but the clientele is now mainly professionals, businessfolk and discerning travellers. More recently, he started a bolder venture, a trendy tapas bar called Epilogue Lounge.

“Many people that come through here are from big cities, so they’re used to this kind of place,” Mr Wilkinson said. “The businesses that are thriving are the smaller ones, the boutique businesses whose owners have put a lot of thought into unusual products and new ideas.”

The same appears true of existing shops: Red Centre specialist Red Kangaroo Books is the only bookstore left in town, while several of the more generic souvenir stores look tired.

“People want not only a beautiful object, but some sort of ethical rigour and a local story that becomes embedded in that object,” Rich says.

Mr Gillam thinks having the two working from his precinct — Rich’s business is already established — will attract others.

Kay Eade, Central Australia’s representative to the Chamber of Commerce Northern Territory, hopes this younger generation of entrepreneurs, which includes the scions of established Alice Springs families, will help pull the town’s economy through.

“It’s business entrepreneurs mixed with arts people that are going to bring life back into the mall, I hope,” Ms Eade said. “This region has got so much promise, but something needs to break.”

Resources companies are exploring in central Australia, but many deposits uncovered so far would be uneconomic to extract, or the companies responsible for them lack investment.

A great deal of hope has been attached to Asian tourism, but Chinese travellers in particular are fond of casinos and resort-style accommodation that does not necessarily fit with the Red Centre’s remote beauty.

“At the moment, I don’t think the Chinese are thinking of Central Australia as a tourism destination,” Ms Eade said.

One alternative is to pursue domestic weekend travellers and the adventure sports market. A few days in Alice Springs is not much more expensive than a stay outside Sydney.

“There used to be huge busloads of people coming here who all bought indigenous art,” Mr Wilkinson said. “I don’t think Alice Springs has fully adjusted yet.”

Gradually, though, that is starting to change. Even though it may now be wrapped in fancy tailoring, hidden behind glasses and bathed in caffeine, the Red Centre’s pioneering spirit is alive yet.