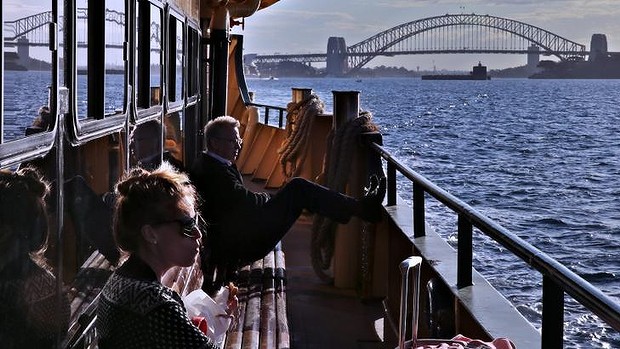 TTN: Sydney Harbour Ferries have edged closer to becoming a full-service tourism operation with its application to the Independent Liquor and Gaming Authority to serve alcohol on Manly ferries.

Manly ferries may be offered for private charter

Manly ferries could be hired for exclusive functions for as many as 1100 people under a business model being considered by their private operator.

The idea is contained in documents lodged with the Independent Liquor and Gaming Authority by Harbour City Ferries, which is also applying for the right to serve alcohol on public transport services each day between midday and 9.15pm.

The company, which took over management of Sydney ferries in 2012, wants to sell alcohol to commuters and tourists on the four government-owned Manly ferries – MV Collaroy, MV Freshwater, MV Narrabeen and MV Queenscliff – to expand its “food and beverage offering”.

The proposal to offer alcohol to public transport passengers was unveiled late last year, but a community impact statement lodged in April reveals the extent of the company’s plans.

Harbour City Ferries is proposing that while the ferries are running regular public transport services alcohol sales would be confined to the top deck and between the hours of midday and 9.15pm.

But it also wants to operate charter services from midday to midnight between Monday and Saturday and midday to 10pm on Sundays, during which alcohol would be available throughout the vessel.

A Harbour City Ferries spokeswoman said while the company’s overwhelming focus was on meeting its timetable obligations only three of the four Manly ferries were usually in operation at one time during non-summer months.

The availability of ferries for private charter “would depend on demand”, but the spokeswoman suggested opportunities could include non-peak periods.

Manly Council has opposed the application on the basis that extending the availability of alcohol to ferries was “not in the interests of promoting a responsible serving-of-alcohol message to the community”.

But the community impact statement argues the introduction of alcohol will not have a detrimental effect on the wellbeing of the local or broader community as the proposed trading hours are “a much shorter trading period than standard hotel trading hours”.

It notes the 30-minute trip between Circular Quay and Manly is “a stark contrast to the much longer duration for alcohol consumption available to most hotel patrons”.

The statement says a passenger survey conducted by the company shows that 70 per cent of passengers support the application to provide alcohol. However, only 37.5 per cent said they would buy alcohol on board.

Following discussion with the City of Sydney Council, Manly Council and Roads and Maritime Services the company has said it would agree to conditions including not using glass and erecting signs discouraging passengers from bringing alcohol on board.