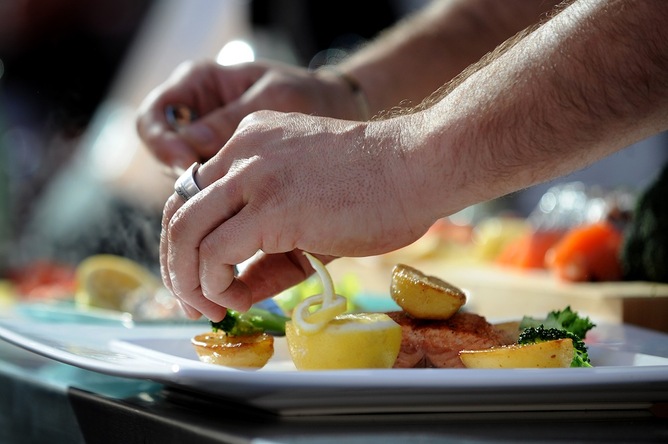 From theconversation.com.au. Article by David Beirman, Senior Lecturer, Tourism at the University of Technology, Sydney

In contrast to the gloom enveloping manufacturing and the slowing growth in commodities, tourism is expected to be a bright spot for Australia’s economy this year.

In his final public address, Tourism Australia chief, Andrew McEvoy ended his four year term by predicting the lower dollar, combined with an intensive (if long overdue) marketing campaign to promote Australian food and wine, can boost international tourism to Australia during 2014 and beyond.

Under McEvoy’s leadership, Tourism Australia positioned Australia as one of the world’s leading aspirational destinations. Surveys conducted by leading travel global magazine Conde Nast, have consistently ranked Australia as one of the top three most desirable destinations since 2010. This year, the conditions now exist to convert aspirations into reservations – or more prosaically, bums on seats and backs on beds.

Despite the strength of the Australian dollar throughout most of 2013, the country experienced steady but modest growth of international tourism arrivals. Australia welcomed 6.36 million tourists in the 12 months ending September 2013, an increase of 5.2% from the previous period.

Much of this growth came from China – a market which grew by 20% in 2013. China is numerically Australia’s second largest source market, and financially its most lucrative. Growing demand from Asia’s burgeoning middle class has been the mainstay of inbound growth.

However, a sharp 9% drop in Chinese tourist arrivals to Australia in November 2013 (compared to Nov 2012) was a wake up call to Australia’s tourism industry. Endless growth in arrivals from China can’t be taken for granted. The sudden dip in arrivals may be one-off, short-term response to Beijing’s new China Tourism Law. The law restricts activities of Chinese-based shopping tour operators who offer popular low budget “shopping tours” (which push tour groups to shop at selected “contracted outlets”) to many destinations (including Australia). Alternatively, it may spark a longer-term trend. The key message for Tourism Australia is to enhance the diversify of its international marketing.

While Australia’s traditional source markets of Europe, New Zealand and North America have languished, there has been positive growth from south east Asian countries, notably Singapore, Philippines and Vietnam (with visitors from the last two largely made up of people visiting friends and relatives).

However, this growth has lagged at the lower end of growth forecasts set out in Tourism Australia’s 2020 strategic plan.

Tourism Australia hopes to significantly bolster this with a marketing campaign designed to counter the widespread perception of Australia as an expensive destination by focusing on the desirability of its food and wine.

When tourists arrive here, they like to spend: Australia ranks 42nd in the world in terms of the number of international visitors, but first in terms of per capita spend and eighth in terms of tourism expenditure.

Research commissioned by Tourism Australia showed that after safety and value for money, good food and wine was a strong motivating factor for tourists to visit a destination.

Yet Tourism Australia’s research also shows Australia has a perception problem, with Aussie cuisine viewed as all about meat pies, barbies and beer. Among intending international visitors to Australia only 26% considered food and wine as a major attraction.

However, this changed dramatically among outgoing visitors.Food and wine ranked as the top feature of their visit for 60% of international visitors. In fact the global rating of Australian food and wine among international travellers was only exceeded by France.

In a move that acknowledged the outstanding quality of Australian food and wine has been under-promoted for many years, TA launched Restaurant Australia late last year, as a key element of its broader “Nothing Like Australia” marketing campaign.

While Tourism Australia has concentrated on promoting hospitality, safety, scenic beauty, unique experiences flora and fauna, the Restaurant Australia campaign finally acknowledges the outstanding quality of Australian food and wine has been under-promoted for many years.

The Restaurant Australia campaign will focus on the fresh ingredients, excellent seafood and the culinary and ethnic diversity of Australian food and wine available in Australia’s major cities and throughout rural and regional Australia.

While the slide in the dollar is bad news for Australians travelling internationally, it is excellent for the inbound and domestic tourism industry as more people are expected to holiday at home.

During 2014, a lower dollar, coupled with a marketing campaign emphasising Australia’s key tourism assets, is expected to reduce the gap between the 8.5 million Australians who travelled internationally in 2013 and the 6.4 million international arrivals. Tourism Australia, the State Tourism Boards and their respective private sector partners are engaged in an intensive twin track campaign to entice Australians to holiday at home and to attract international visitation.

The Restaurant Australia campaign is expected to provide a much needed boost, enticing tourists to sample advanced Australian fare.

David Beirman is a senior lecturer in Tourism. He completed undergraduate and postgraduate degrees majoring in Sociology at the University of NSW.

David has had an extensive career in the Australian travel industry between 1981-2009 which has encompassed work with retail travel agencies, wholesale tour operators, destination marketing and management, human resource management and in-service industry training.

Prior to joining UTS as a full-time lecturer David had developed tourism courses and lectured part-time at UTS and other universities in tourism, marketing, Middle East studies and sociology.

His specialist areas of research are tourism risk, crisis and recovery management and destination marketing. He has been widely published in these fields. He has been invited as a keynote speaker in conferences all over the world and has provided crisis and recovery management consultation to governments and tourism businesses in Australia, Asia, Africa and North America.

He is the founder and National Secretary of the Eastern Mediterranean Tourism Association, an industry association which promotes fifteen countries between Italy and Jordan. David is also a member of the Smartraveller Advisory Group which is a travel industry leadership body appointed by Australian Department of Foreign Affairs and Trade to consult with DFAT on the issue of government travel advisories.

In 2011 he became involved as a member of the Pacific Asia Travel Association Rapid Response Taskforce which is PATA’s tourism crisis management unit. In 2011 and 2012 he cooperated with the Australian Emergency Management Institute to co-organise two UN World Tourism Organisation Conferences which focussed on the Integration of Tourism and Emergency Management