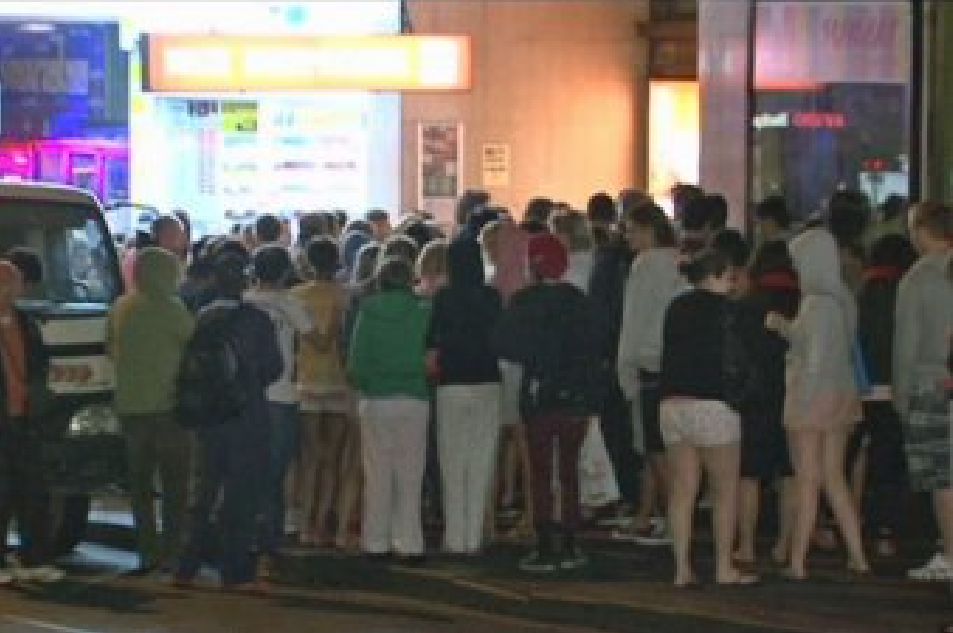 Around 400 people were led to safety overnight after a fire broke out in a Sydney hostel at 4am Wednesday 8th May 2013.

Around 400 people were led to safety overnight after a fire broke out in a Sydney hostel.

The blaze broke out in a bedroom on the second floor of the CBD backpackers at about 4:00am (AEST).

Emergency services were called and hundreds of people were moved into Pitt Street.

Superintendant Tom Cooper from Fire and Rescue New South Wales says crews managed to contain the blaze to the bedroom.

“Once the fire was out they were quickly allowed back into their rooms,” he said.

“The fire is believed to have been caused by tea light candles on the bedside table.

“The gentleman has tried to extinguish the fire and in doing so he’s burnt his hands on the plastic bedside table.

“The fire has been confined to one room and to the bedding in that room.”

The man was taken to hospital along with a woman, who suffered smoke inhalation.