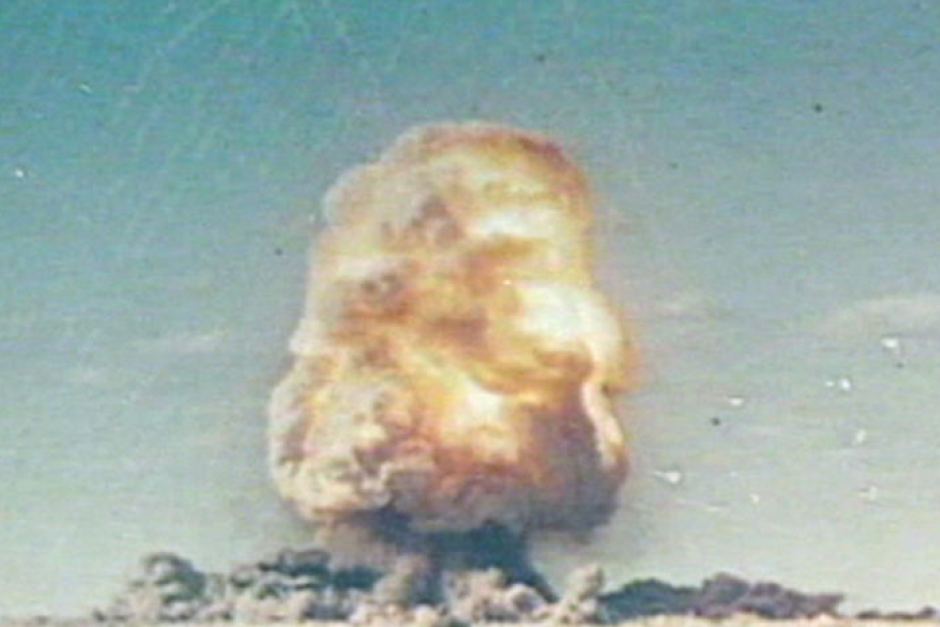 TTN, 5th June 2014: Traditional owners have been given unrestricted control over the Maralinga lands in outback South Australia and have “high hopes for a future for tourism”, according to ABC News. The government have offloaded the site with a $100m remediation budget – even though Maralinga is 3300 km in area, and it costs many hundreds of thousands of dollars just to remediate a site the size of a suburban petrol station.

Traditional owners have been given unrestricted control over the Maralinga lands in outback South Australia and have high hopes for a future for tourism.

The region in the far north-west of South Australia was formally handed back to the Maralinga-Tjarutja people in December 2009, but their access remained restricted because of defence use of the Woomera Prohibited Area (WPA).

Whenever the Defence Department wanted to use the weapons testing range access was closed off, but Defence Minister David Johnston says that now has been changed.

“Noting the unique and historical circumstances and sensitivity to the Maralinga-Tjarutja people, Defence has agreed to adjust its testing activities, enabling Section 400 to be removed from the WPA,” he said.

“I have instructed Defence to take the steps necessary to formally excise Section 400 from the WPA and ensure that the legal requirements are completed to formalise this process.”

The Maralinga-Tjarutja people had requested the wider access and are pleased it now has been granted.

“The people I’ve spoken to so far have been very pleased, it’s a terrific result and we’re really appreciative of the minster’s efforts,” Maralinga-Tjarutja general manager Richard Preece said.

“We felt that probably the last place in the world that you’d want to accidentally drop a missile on would be a former nuclear test site that’s been cleaned up.

“We’re really looking forward to establishing a good neighbourhood agreement, we’re quite comfortable about talking to the Department of Defence and working with it as closely as we can and we’ve got a lot of shared interests around land management issues.”

Mr Preece says the traditional owners will be keen to be part of a growing outback tourism trade.

“As my chairman said to me a little while ago, he’s very keen that mainstream Australian doesn’t forget what happened here and knows what happened on our lands,” he said.

“You can imagine coming to a remote area like this people have to be pretty well self-contained with campervans and equipment, but a lot of people are very keen to come and have a look at what’s left.

“There’ve been a lot of veterans showing interest.”

Contaminated but ‘safe to visit’

Mr Preece says contamination from atomic testing remains but the area is safe to visit.

“It’s certainly safe to come to Maralinga and we have to escort people so that there’s no misunderstandings about what can and can’t be done, but certainly it’s quite safe to come and travel through the lands with our staff.”

He says the Commonwealth retains the responsibility for cleaning up the former testing site.

He says part of the site has been rehabilitated in an eight-year $100 million project.

Photo: Sign warns about venturing into the Maralinga area. (ABC)

“It was only ever a partial clean-up and there’s only a very small percentage of the site that was contaminated that has been clean and is safe for permanent occupancy,” he said.

“It was never intended to clean up every last little bit, it would have cost $1 billion to do that.

“There’s over 100 square kilometres that is still contaminated above the clean-up criteria.”

There were seven atomic bombs tested at Maralinga and Mr Parkinson says their legacy remains.

A contamination concern also comes from what were historically described as “minor trials”.

“An atomic bomb was placed on a large steel structure and then exploded in a fashion that would not allow an atomic explosion,” Mr Parkinson said.

“They melted the plutonium and uranium up to a kilometre in to the air, then the wind caught it and spread this plutonium over a large area.”

Mr Parkinson says, contamination aside, tourism will be an important part of Maralinga’s future, because it will highlight the history of the remote site.

“Where the other contamination still exists, we placed markers on 50-metre intervals [across] about 400 square kilometres,” he said.

“You can traverse this area, you can go through it, go hunting, but do not set up permanent camp.”

Mr Preece says much remains of the old Maralinga village left by the British.

“You can go and have a look at where the bombs actually went bang,” he said.