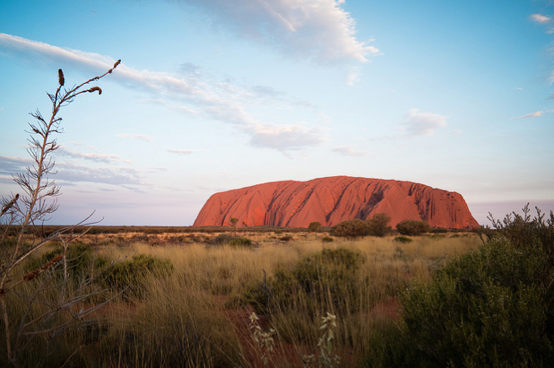 A GOLF course near Uluru has been proposed in a bid to get tourists to extend their stay at the Ayers Rock Resort and boost local employment.

The federal government has received an application from the resort’s operator, Voyages Indigenous Tourism Australia, which provides training and employment for indigenous people, to build a 28-hectare, 18-hole course about 10 kilometres from Uluru.

But preliminary hydrological reports warn of an environmental cost from a golf course, saying irrigating it, together with providing water for the resort, could deplete local aquifers within a century. The application lists other potential risks such as irrigated green patches clashing against the national park and Uluru when seen from the air and road; construction accelerating desert erosion; or irrigation and fertilisation of the golf greens affecting native plants and salt levels. An environment management plan warns of vegetation damage from ”wayward golf shots”.

Tourists need to stay longer than the current average of one night to make the resort financially sustainable, Voyages managing director Koos Klein said. ”There is not much to do there in the eye of many tourists other than visiting Uluru and Kata Tjuta [the Olgas], which for many of us should be enough, but we are talking here about the average tourist who is looking for things to do.”

The proposed golf course site is directly east of the resort and on private land owned by Voyages. It does not contain any sacred sites but local communities and the Central Land Council will be consulted.

Mr Klein said there would not be large stretches of green fairways, rather patches of grass across a 140-hectare site that would be ”hardly visible”.

Building the course would cost $15 million to $20 million and be fully funded by profits from the resort.

The Department of Sustainability, Environment, Water, Population and Communities is deciding whether the project needs to be assessed under national environment laws. Public comment is open until November 14.