Go with what you know, Qantas: economist 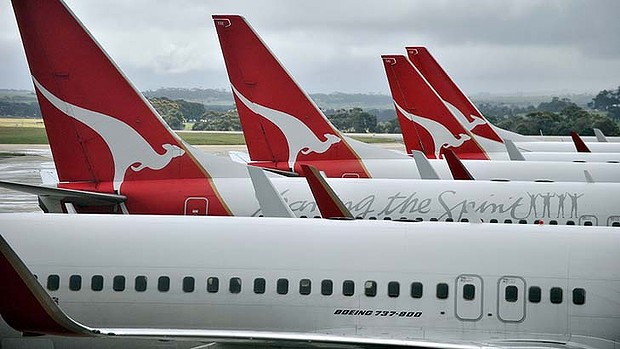 How Qantas can turn it around

Every man and his dog have a view about the problems facing Qantas but little has been said about the strategies that can turn the business around.

The first ten things that I would do are as follows.

The business needs fresh sets of eyes on both the Board and Executive Committee. Airline finances are so complex and pivotal to earnings that the top jobs should go to persons with a strong finance background and deep insights into aviation strategy.

I would have Peter Gregg or Colin Storrie as CEO’s. I’ve worked for both and they are the smartest aviation financiers and strategists going around. I suspect the horse has bolted for both.

Qantas should bite the bullet and admit that its 65% market share target is wrong.

Removing the market share target will free-up the airline’s capacity decisions and enable it to better align its capacity with the economic cycle.

In the 80’s and 90’s the oil and jet fuel prices cycled around a fixed mean of US$20. In this world capacity grew profitably at 5 per cent per annum.

Since early 2000, jet fuel prices have cycled around an upward trend of 14 per cent per annum yet airlines have continued to grow at 5 per cent.

Most airlines worldwide have focussed their capacity decisions on expectations about demand but they have ‘dropped the ball’ in relation to how capacity responds to surges in cost. Qantas can lead the way in adopting processes that will enable it to better adjust capacity to both costs and demand.

The airline should give up on the notion that the international business will return to profitability in private hands. The only thing that international airlines are consistently good at is destroying shareholder value.

Outside of nationalising the international business which is unlikely to happen, Qantas should replicate Virgin Australia by creating a virtual international network. This involves Qantas selling onto international services operated by carriers that have an equivalent if not superior product.

Jetstar domestic capacity expansion is hurting the mainline carrier. The Qantas group needs significantly greater analytical rigour in understanding the optimal mix of Qantas and Jetstar. There is a place for Jetstar in the Qantas group but this shouldn’t be at the expense of Qantas mainline.

This venture has been a failure for the Group. Jetstar Japan and Hong Kong have an enormous amount of capital tied up in aircraft that are sitting idle, while Jetstar Asia and Jetstar Pacific haven’t made sufficient returns.

While underlying demand for air travel is growing quickly in Asia the competition is too aggressive. The airline should re-focus its energy on the domestic business and minimise the Asian distraction.

Qantas’ core demographic is an older business-purpose traveller that has ‘grown-up’ travelling with Qantas. This segment of the market is slowly dying.

In its place a younger, hip, tech-savvy, convenience-driven demographic is emerging that has grown into an aviation sector with a wider variety of choice. This new demographic is not a natural fit to the current Qantas product, which must change.

A 2 per cent improvement in revenue can earn the company $300m per annum. One of the ways to achieve this involves de-complicating and improving yield management systems.

Current systems have resulted in planes that are flying full but at poor yields. One of the reasons for this is that the forecasts on which the systems rely are not tied to the economic environment and competitor capacity decisions.

Yield management won’t work effectively if there is excess capacity. The network planners and yield management analysts must work closely to ensure capacity decisions meet yield targets. Qantas should be targeting yield growth of 2 to 3 per percent per annum.

The analysts working on yield management need to be the ‘rock stars’ of Qantas. They must be highly analytical and in touch with how external economic forces and competitors influence the demand and supply dynamics. This needs to be mixed with experienced aviation people.

The Qantas workforce is heavily disengaged. The bad news cycles every 3 to 6 months has weighed heavily on their productivity. When your workforce is not in a good headspace the result is a lack of information sharing, job-rivals ‘white-anting’ each other, and people looking for other jobs while trying to do their own.

The problem with Qantas’ people strategies is that every earnings issue the airline encounters results in a headcount reduction. If the fuel price goes up, if yields are weak, or if the company wants to improve productivity, the headcount must fall.

The company has been far too aggressive on the headcount lever.

Returning the company to its former glory is not going to be easy and will take some time. But it’s possible.

Tony Webber was Qantas Group chief economist between 2004 and 2011. He is now managing director of Webber Quantitative Consulting and Associate Professor at the University of Sydney Business School, and contributed this article to BusinessDay (Fairfax).