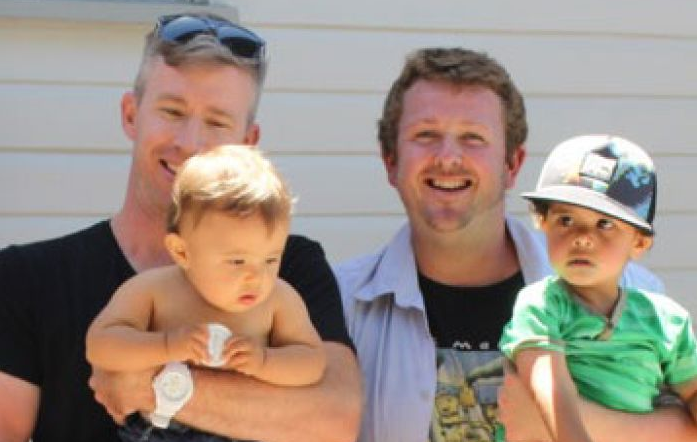 The ACT made history yesterday by becoming the first jurisdiction in the country to pass same-sex marriage laws.

But the Federal Government will be challenging the laws in the High Court, with Attorney-General George Brandis already moving to request an expedited hearing.

He has asked the ACT to delay giving effect to the new laws until after the High Court challenge, but the ACT has refused to do so and is pushing ahead as planned.

“That will assist couples who are wanting more information and wanting to make arrangements to enter into a marriage here in the ACT,” he said.

The Marriage Equality Same-Sex Bill will take effect when it is placed on the ACT Legislation Register within a fortnight.

Couples will then need to give notice of their intention to marry at least 30 days before their wedding.

“The earliest marriages would take place would probably be some point in the first week or two in December,” Mr Corbell said.

For William Taylor and Michael Bishop, marriage is their way of showing the world, their friends and family, the love they have for each other and their children.

Rodney Croome from Australian Marriage Equality says hundreds of same-sex couples are planning to fast-track their wedding plans so they can marry before the court delivers a ruling.

He says more than 500 couples living outside the ACT have expressed interest in marrying in Canberra, and bookings have already been made for ceremonies in December.

“Anyone who goes to the ACT to marry will do so with their eyes wide open,” Mr Croome said.

“They will know the risks associated with that, that there is a possibility that the High Court could overturn this law.