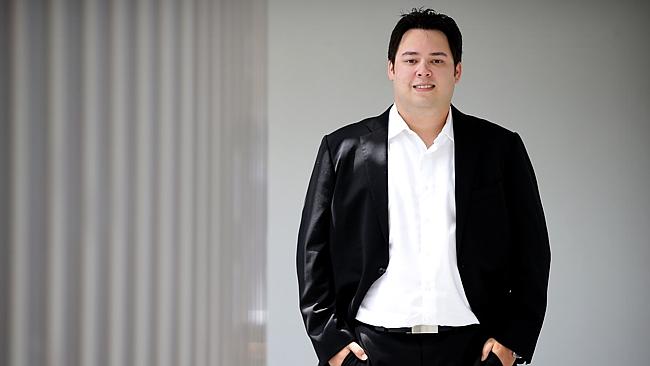 TTN: Justin Fung (pictured) is in full swing promoting his business through NewsLimited media – even though the casino licenses, created especially for his father’s business – is supposedly still undergoing a bidding process determined by the QLD government. The $8.1b Aquis development looks set to go ahead, even though the development has received a fail mark on major environmental tests, and even though Hong Kong’s South China Morning Post hadn’t heard of Tony Fung. The Tourism News has collated the last 6 months’ news on the development – to assist the Cairns’ Post short memory.

Below the collection is the Cairns Post’s PR item of the casion, in which CEO Justin Fung welcomes high rollers through the door.

The Tourism News is proud to have aggregated the 11th March story under the heading “That’s a bribe where I come from”. First paragraph: A COMMUNITY benefit fund bankrolled by Hong Kong billionaire Tony Fung is set to sweeten the family’s multi-billion dollar bid for a Yorkeys Knob casino. While the fund could lead to the construction of a sports stadium near the CBD, Cairns Regional Council Mayor Bob Manning said the contribution would not affect council’s decision when a development application was lodged.

Included in the Cairns Posts’ publication of that story were such flattering (to Aquis) headlines as Aquis adjusts tactics around casino license, Sponsorship deal between FNQ Heat and Aquis and Aquis among 7 bidders for resort development

Cairns Post, 21st December 2014: Who are the Fungs? (visible on lower portion of linked page) “When The Cairns Post asked Hong Kong’s South China Morning Post newspaper for photographs of the family, senior staff there said they had not heard of Tony Fung and the last picture they had of him on file was from 1996.”

But as below – as far as the Cairns Post are concerned in May 2014 – Tony Fungs’s customers are already walking through the door.

High rollers target of Reef casino and Aquis $8.15b mega-resort and casino complex at Yorkeys Knob

With his father Tony he is finalising the $269 million takeover of the Reef Hotel Casino in Cairns as well as undertaking the next steps of the $8.15b mega-resort and casino complex proposed at Yorkeys Knob.

WHY THE FUNGS HAVENT BEEN TALKING

The Fungs are hoping to take over the Cairns CBD hotel and casino operation later this year.

The Hong Kong businessmen expect to start construction of the Aquis project after next year’s wet season.

“We have plans to introduce more VIP offerings (at the Reef Hotel Casino) and create more space,’’ he said.

He said the 600 million middle class would be a focus as well as the wealthy who enjoyed gambling. He said a budget for refurbishing works was not set.

“I don’t know but we’ll be definitely giving it a lift. It will be a significant investment,’’ Mr Fung said.

“The hotel is very nice. It is one of the best hotels in Cairns and the management and staff are doing a tremendous job,’’ he said.

“We have conceptual plans – lots of ideas.’’

Mr Fung said an upgrade of the Reef Hotel Casino’s lobby as well as new signs were among things being considered. He said the whole idea was to operate both sites after Aquis opened.

“Our plan is to operate the Reef Casino in conjunction with Aquis. We see synergies between the two properties with a CBD campus and Aquis.

“Having two properties in proximity is beneficial.’’

“And Premium play performed very well with an excellent above theoretical win rate,’’ he said.

Earlier this week Aquis was declared one of two preferred integrated resort developments in regional Queensland with Deputy Premier Jeff Seeney promising a casino licence if the project met all environmental, probity and planning approvals.