Four Careflights in one month from Fraser Island 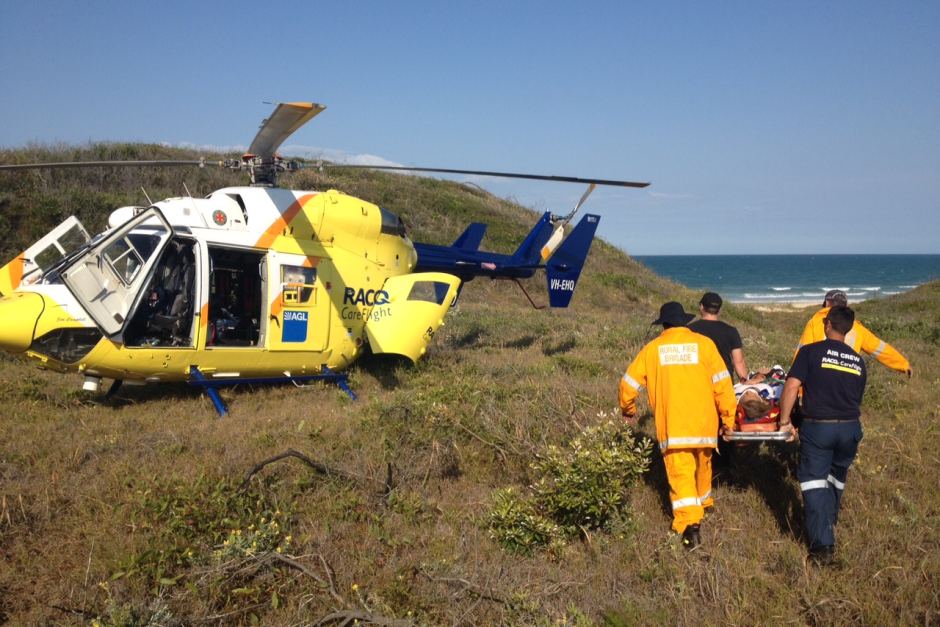 An English tourist has died and seven others have been injured in a four-wheel drive rollover on Queensland’s Fraser Island.

The young woman died after the vehicle she was travelling in overturned on Hightide Road near Hook Point at the southern tip of the island on Friday afternoon.

Two other female tourists, from Germany and aged in their 20s, were flown to Hervey Bay Hospital by the RACQ CareFlight Rescue Helicopter.

They were treated there for head and spine injures and remained in a stable condition.

Other occupants of the vehicle were treated by the Queensland Ambulance Service on scene.

Queensland Police Service said they had since been taken to Gympie Hospital with varying injuries.

All those injured were in one of several four-wheel drives following each other on a guided tour when the incident occurred.

CareFlight pilot Aaron Regan said police and paramedics were on the scene when they arrived.

“It wasn’t a nice incident to go to and obviously one of them has lost their lives,” he told the ABC.

“Hopefully the other seven recover.”

It was the fourth rescue mission CareFlight’s Bundaberg team has flown to Fraser Island for in the past month.

On October 5, a Brisbane man in his 40s was airlifted from Fraser Island to Hervey Bay Hospital with suspected broken ribs.

A week later, a woman in her 20s was airlifted from the island following a suspected snake bite.

Yesterday, the team flew to another single-vehicle rollover on the island but was stood down before arrival.