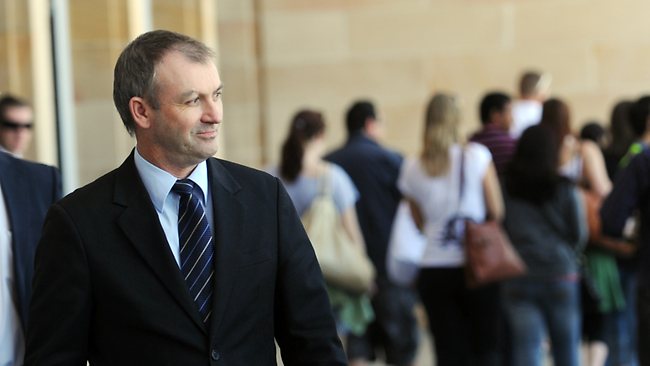 SENIOR WA minister Kim Hames has resigned his tourism portfolio after he admitted wrongly claiming more than $1000 for accommodation expenses.

Dr Hames admitted to The Sunday Times that he had wrongly claimed for an MP’s allowance for staying at his home in Perth several times totalling $1013.

Dr Hames apologised for the oversight.

But on his first day back from leave, Premier Colin Barnett insisted Dr Hames step down as tourism minister.

Mr Barnett said the mistakes were innocent, but serious and not excusable.

There must be consequences, he said.

“When you hold public office, the standards for good reason are high,” Mr Barnett told reporters.

The premier said Dr Hames had made the errors on four occasions and possibly on two other occasions.

He would repay the $1013 and was checking his records for any further omissions.

“In no way did Kim set out to take advantage of the accommodation allowance,” Mr Barnett said.

An emotional Dr Hames echoed Mr Barnett, saying “there has to be a consequence”.

“Going back looking through them, I can see that I’ve just made errors,” Dr Hames said.

“I haven’t deliberately done any of these – they’ve all been accidental – but they’re mistakes nonetheless.”

He denied he had been treated too harshly, given Treasurer Troy Buswell made the same mistake several times.

Opposition leader Mark McGowan – who said Dr Hames should not have been allowed to remain health minister after problems in the portfolio – said Mr Buswell appeared to be “a protected species”.

“It does beg the question as to why Mr Buswell escaped consequences for exactly the same offence as Dr Hames,” he said, admitting he hadn’t scrutinised his own MPs’ expenses.

Mr Barnett conceded the state government’s allowances claiming system was cumbersome and would be reviewed.

Dr Hames agreed the system could be simplified.