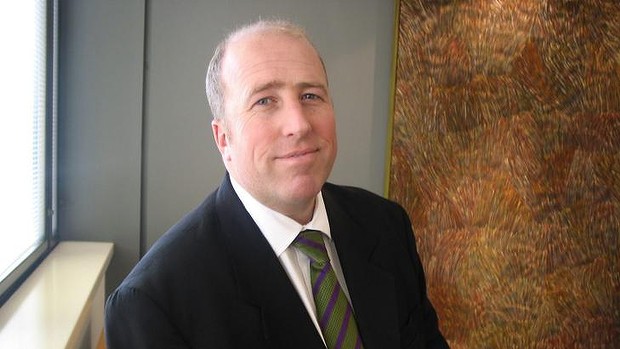 Angry: Chris Brown is suing over allegations made in a new book about Eddie Obeid.

TTN: An expose by renowned journalist Kate McClymont on corrupt politician Eddie Obeid has been pulled off the shelves after former chief executive of the Tourism and Transport Forum Chris Brown was wrongly implicated in specific Obeid dealings. Tourism was key to Obeid’s undoing – Kate McClymont first proved Obeid’s guilt when she discovered that government-owned Circular Quay cafe licenses were being held by family friends of the Obeids.

Copies of a best-selling, anti-corruption expose are set to be pulped after the authors mistakenly named the son of former federal tourism minister John Brown as a business associate of disgraced former Labor powerbroker Eddie Obeid.

Chris Brown is seeking the pulping of all copies on bookstore shelves, a public apology and the right to pursue compensation for damage to his reputation after he was confused with an Obeid business partner of the same name.

He Who Must be Obeid was written by Walkley award winning journalists Kate McClymont, a writer for the Sydney Morning Herald, and the ABC’s Linton Besser. Released last month, it was withdrawn from shelves on Wednesday.

Withdrawn: The book at the centre of the defamation furore.

Mr Brown said he was devastated by the book’s imputation that he had been a party to a travel business that had gone belly up with unpaid debts of almost $100,000, and was a director of a company trying to build ski lodges that was behind in rent to the National Parks and Wildlife Association.

”There was no normal journalistic process in calling me,” he said. “It would have taken four minutes on the ASIC website to find out this Chris Brown was not me.”

”I can’t imagine in this current climate any greater impact on my personal and professional reputation and livelihood than this. The book says I’m part of a failed business, I didn’t pay its debt, and I’m involved with a part of the company controlled by the Obeids and implies I improperly lobbied on behalf of my own personal interests. It’s a total fantasy, and I’m pretty angry.”

Random House’s marketing and publicity director Brett Osmond acknowledged the misidentification and said it had been included in error.

The publisher had acted as quickly as possible to ensure ”the small amount of texts” that required a rewrite had been corrected. Revised copies of He Who Must Be Obeid could be in book stores as early as next week.

It’s not the first time books have been troubled by defamation claims. In 2013 a court ordered the pulping of unsold copies of the Schapelle Corby expose, Sins of the Father, by Fairfax Media reporter Eamonn Duff.

In 1999 Peter Costello and Tony Abbott and their wives were awarded $277,000 in damages against the publisher of Bob Ellis’s Goodbye Jerusalem.

Mr Brown’s lawyer, defamation specialist Mark O’Brien, has demanded all copies of the book bearing the error be pulped at the publishers’ expense.

But Mr Brown said it did nothing to end ”the ongoing harm” of those books that had have already been sold.

”It’s going to be on the bookshelves for eternity and it is a slander that is going to go on and on because nobody bothered to check that that Chris Brown was born in Colchester, has a different middle name and lives in Canberra.”

Mr Brown said he was first alerted to the error by a friend in the ICAC, and had since been ”bombarded” by colleagues and clients from the media and tourism industries seeking an explanation of his involvement with the Obeids.

The error had been made worse by the fact the book was written by journalists he admired, he said.

Brown’s lawyer filed papers with the Supreme Court on Tuesday, and negotiations were ongoing with Random House.

Asked about the size of the damages he planned to seek, Mr Brown said he had been advised by his lawyer that a defamation such as this was a ”nuclear incident”.

From News.com.au (and published almost identically in The Australian), 22nd September 2010 Mr Brown, who has spent the past 18 years as chief executive of the national peak industry association, yesterday said federal political leaders were taking Australia’s $85 billion tourism industry for granted.

The son of former federal Labor minister John Brown said tourism should not be put in the same portfolio as resources, as it was now in the Gillard Government.

“It is an insult to the tourism industry to be tacked on to the back of the resources portfolio,” he said.

“There is no connection between tourism and mining.”

“It was an ‘up yours’ to the tourism industry by both leaders,” he said.

“Tourism is one of the economic pillars of regional Australia. But like most of the services industry in Australia, tourism is being taken for granted by government at all levels.”

Mr Brown said governments should recognise that the country was never going to have an old-style manufacturing industry again, particularly a major car industry.

Services now represented 70 per cent of the Australian economy, he said.

Mr Brown said the tourism industry was having a tough time with 25,000 jobs lost since the global financial crisis, more than half of which were in Queensland.

He announced he would be stepping down as managing director of the forum and as deputy chairman of infrastructure lobby group Infrastructure Partners Australia in February.

Read more about tourism chief quits with a bang at The Australian.