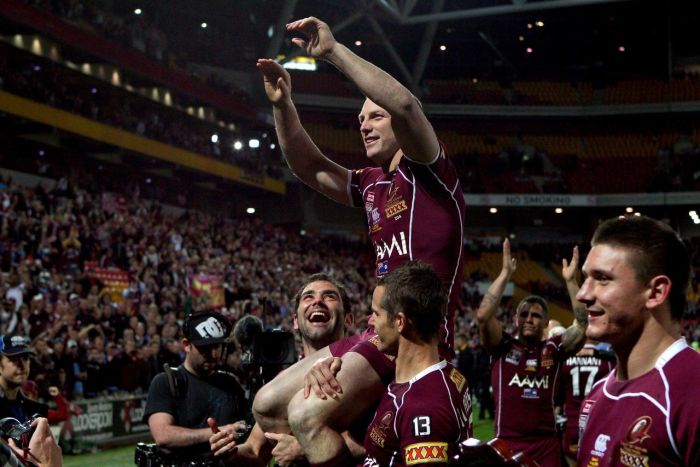 He was a key figure in the game for more than 30 years.

Livermore played a leading role in the rise of State of Origin and the creation of the independent commission.

His son Nicholas said Livermore had been unwell for some time but his passing on Tuesday morning was sudden.

“Ross … worked tirelessly to make this game of ours as successful as it could be,” he said in a statement.

“He was a leading figure behind some of the most significant decisions in the game’s history.

“Ross earned deep respect from all for his uncanny ability to net down the big issues with the interests of the whole game at heart.”

Grant said State of Origin will always serve as a reminder of Livermore’s work.

“It’s likely that his passion for Queensland and all things maroon, his rivalry with New South Wales and the many memorable moments that stemmed from this will conjure up our fondest memories of him in the future,” he said.

“On behalf of the Australian Rugby League Commission, I pass on my deepest sympathy to his family and hope that they take some comfort in knowing the respect in which he was held by all in the game and that he will be sorely missed.”

The QRL also sent its condolences to Livermore’s family.

“The league is deeply saddened by Ross’s unexpected passing and our thoughts are with his family,” QRL chief executive Rob Moore said in a statement.

“Ross was a great man and a tremendous leader who served the league with distinction for more than three decades.

“While his influence in the game was immense – we are asking for people to respect his family’s privacy in this time of grief.”

The QRL statement paid tribute to his dedication to both the elite form of the game and his efforts to develop rugby league at its roots.

Livermore was made a QRL life member in 2011 when he retired from the post he held since 1981.

“He played leading roles in [Lang Park’s] numerous re-developments, from a primitive sports ground to a world class stadium,” the statement said.

“During his tenure, there were some bitter battles with the Super League war and states’ voting rights.

“At their conclusion, Ross and others worked overtime to restore the game to its premier position.”

His rivals south of the border also honoured their late counterpart.

“Ross was larger than life and he loved the game,” NSWRL general manager Geoff Carr said in a statement.

“He had a great sense of humour and was someone who loved the rivalry of sport.

As a member of the ARL Board he contributed to some of the most important decisions in the game’s history and he was deeply admired.

“He is someone that everyone in New South Wales rugby league respected.”