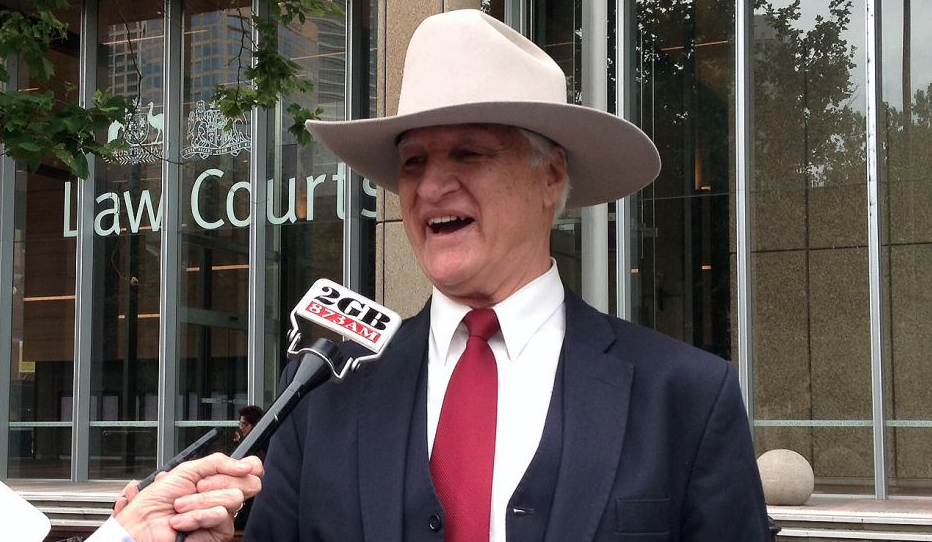 PHOTO: Bob Katter says there is no way the major airlines can justify a hike in price for flights for the NRL Grand Final.(ABC News: Luke Rosen)

Federal independent Bob Katter has condemned one of Australia’s major airlines for a spike in fares ahead of Sunday’s NRL Grand Final between the Brisbane Broncos and the North Queensland Cowboys.

Flights to Sydney, from Townsville and Cairns, have surged in price up to $2,000 for a return ticket, he said.

Return tickets for the day after are just as high.

Qantas has defended the hike but Mr Katter said it was price gouging.

“It’s very detrimental to the sport of rugby league its extremely detrimental to our team who will be down there with much less support because of the enormous cost that they have put upon it and it is doing extreme damage to the names of the airlines involved,” he said.

“I know exactly the price of putting extra aeroplanes on and there is no way they can justify that sort of price.

“They have that plane sitting doing nothing or they are taking it off another route, one or the other there is no extra money required to meet that cost.

“It is almost impossible to argue there is not price gouging going on here.

“The sooner north Queensland is a separate state, the sooner we can hit back at everyone from Government to big corporations in order to get a fair go, rather than just being used as a milking cow.”

A Qantas spokesman said fares for an extra Townsville to Sydney service went on sale on Saturday evening with prices starting at $290 for a one way ticket.

“Unfortunately, all of the less expensive fares have sold out and because the final series falls within school holidays – our flights are busy,” the spokesman said.

“We’ve also added some more flights out of Sydney to Brisbane on the Monday after the game to get Broncos fans home.”

Cheaper to see Hayne in US than NRL final

ENRAGED federal MP Bob Katter says airlines should be ashamed of their price hikes as rugby league fans from north Queensland have been slugged five times as much to travel to the NRL grand final.

Mr Katter said the $2000 price of return trips from either Townsville or Cairns to Sydney for the Cowboys-Brisbane decider was simply price gouging as the same flights normally cost $400 return.

“This is absolutely appalling,” the northwest Queensland MP said. “It is outrageous to take advantage of the north Queensland people’s rugby league spirit and their local patriotism, to simply price-gouge them.”

WANT to head to Sydney for the NRL grand final? You’re better off catching Jarryd Hayne in the US.

IT is now cheaper to fly return to Los Angeles than it is to get down to Sydney for the final as economy seats across major airlines start selling out.

Accommodation costs for the weekend are also skyrocketing, with prices in some hotels in Sydney’s outskirts jumping 400 per cent.

Whether leaving from Brisbane or Townsville, the cheapest seats on flights have already been snapped up for anyone wanting to head down Saturday and come back on Monday’s public holiday.

Anyone slow out of the blocks had to pay between $635 to $1900 for one-way direct flights from Brisbane to Sydney on Saturday for the remaining economy seats or business class flights.

But a return flight from Brisbane to LA could be snapped up from $1029, depending on when you wanted to leave.

There were still some affordable flights available yesterday for those willing to take sickies or take annual leave.

A Flight Centre spokeswoman said the cheapest flights available yesterday from Townsville to Sydney, leaving Friday and getting back on Tuesday, were $1100 return with Jetstar.

Those leaving from Brisbane on the same schedule faced a more reasonable fare of $540 return with Virgin yesterday morning.

“Having a look at availability of flights, they won’t last much longer,” the Flight Centre spokeswoman said. Flight to the US to see Jarryd Hayne play NFL are cheaper than getting to Sydney for the NRL final. Pic: Aller/Getty Images/AFP

Some airlines have promised to monitor demand and put on extra flights if possible, but Jetstar warned with the school holidays on and the long weekend coming up they were already at capacity.

“Our customers will find that closer to the day of travel, where demand is particularly high, lower fares have often already sold out,” a Jetstar spokeswoman said.

Brisbane resident Darren McCabe (pictured) decided to take a 16-hour overnight train from Roma St station for $70 to cut costs, after the Broncos won on Friday.