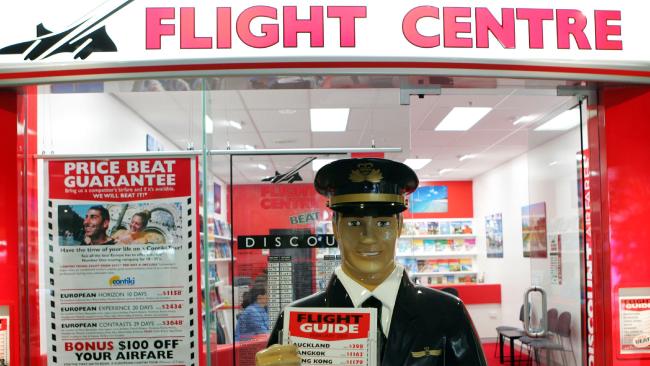 Flight Centre has lost its long-running and expensive legal battle with competition watchdog, the ACCC, after being forced to pay $12.5 million in penalties relating to attempts to fix international flight prices.

The case related to the travel agent’s attempt to induce Singapore, Malaysia and Emirates airlines to enter price fixing arrangements between 2005 and 2009.

The penalty the Full Court meted out was higher than the original $11 million imposed by the trial judge in March 2014, which was appealed by both Flight Centre and the ACCC.

However, it was well short of the $17 million to $22 million range being sought by the regulator.

“The ACCC appealed from the initial $11 million penalty orders because it considered that this level of penalty was inadequate to achieve a strong deterrence message for Flight Centre and other businesses,” ACCC Chairman Rod Sims said.

“We will continue to argue for stronger penalties which we consider better reflect the size of the company, as well as the economic impact and seriousness of the conduct.”

The ACCC originally embarked on the action in 2012, alleging on six occasions Flight Centre attempted to get the three international carriers to raise their online fares which were cheaper than those sold by Flight Centre.

The ACCC rejected Flight Centre’s approach was innocent and argued its conduct was a deliberate, serious and substantial attempt to contravene competition law.

Two years later the primary judge found Flight Centre not only wanted access to the cheaper fares but had attempted to induce anti-competitive arrangements to stop the airlines undercutting published fares.

Each contravention carried a maximum penalty of $10 million.

The ACCC sought fines of $3 million-to-$4 million, $6-to-$8 million for the final contravention in 2009, and a $2 million fine for one matter that was appealed.

While the Full Court said Flight Centre was one of the world’s largest travel agency groups and, “this prominent position and apparent financial strength requires a substantial penalty in order that general deterrence not be undermined”, the total penalty represented around 0.5 per cent of annual revenue.

“The ACCC wants to ensure that penalties for breaches of competition laws are not seen as an acceptable cost of doing business,” Mr Sims said.

“To achieve deterrence, we need penalties that are large enough to be noticed by senior management, company boards, and also shareholders.”

Mr Sims noted the Full Court’s penalty decision came just a week after the OECD released a report which found penalties for breaches of competition law are significantly lower in Australia than other comparable OECD jurisdictions.