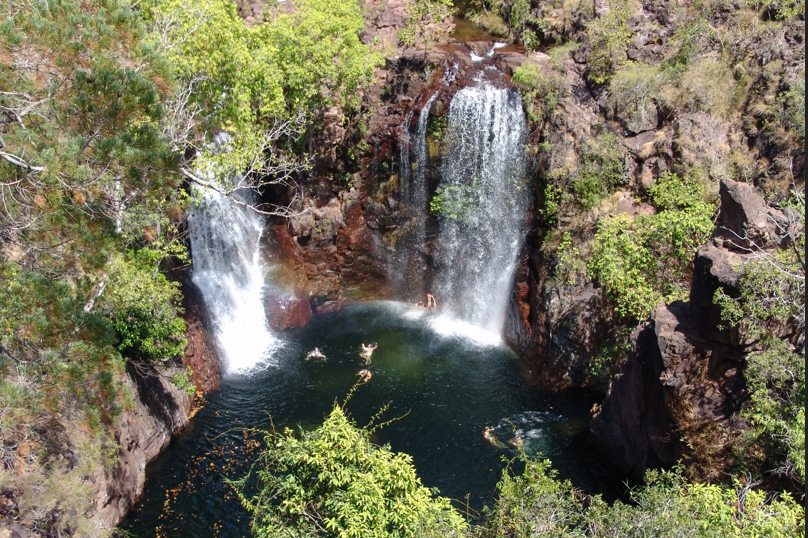 A man has been charged over the alleged aggravated assault of three backpackers near a popular Top End waterfall on Wednesday.

The 42-year-old man was arrested after police set up a road block on the Stuart Highway near the Edith Falls turn off yesterday.

Police allege he posed as a tour guide for the three tourists, before threatening them and making sexual advances towards one of the women.

Katherine Police allege the offender responded to advertisements on Facebook and Gumtree to meet up with the backpackers.

“He’s met up with the three and they’ve all travelled off the Litchfield park where they’ve camped for a night,” Sgt Keenan said.

“During that night his behaviour became somewhat bizarre and he made advances towards one of the females which was turned down.”

The man has been charged with aggravated assault, indecent assault and performing acts of gross indecency.

He is expected to appear in the Katherine Magistrates Court today.