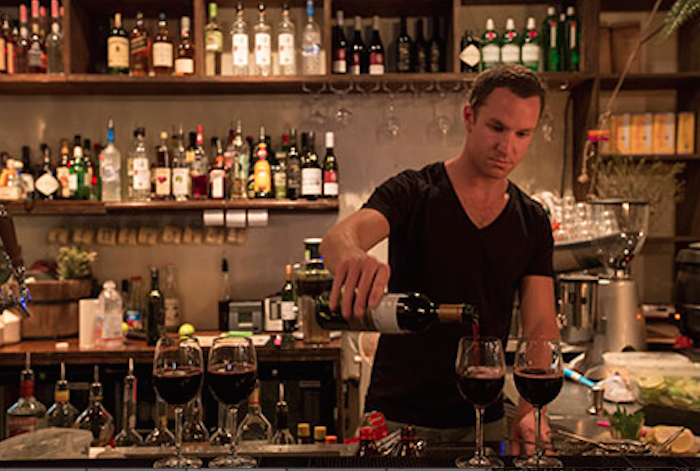 Photo from Time Out – waiter at ‘Bondi Hardware’

Low-paid restaurant and cafe staff will lose some of their penalty rates for working on Sundays after a long-awaited decision by the industral tribunal.

The decision means that the loading for working on Sundays will drop from 75 per cent to 50 per cent for some casual workers from July.

The restaurant and catering industries immediately lauded the changes, estimating that businesses would save $112 million each year.

The decision was made by the Fair Work Commission, though two members of the commission issued a strongly worded dissenting judgment.

According to the majority judgment, paying workers higher penalty rates on Sundays “may have a limited effect on employment”.

This means that the commission accepted that some cafes and restaurants would be more likely to hire staff if wages were lowered.

But the majority judgment also rejected the argument by the restaurant and catering industry that, for casual workers, working on Sundays was no different to working on Saturdays.

“Working on Sundays involves a loss of a day of family time and personal interaction upon which special emphasis is placed by Australian society,’’ the judgment said.

The decision applies only to the two lowest grades of employees in a resturant, bar, or cafe.

In their dissenting opinion, commission vice-president Graeme Watson and commissioner Michael Roberts said the Sunday loading for the lowest paid casual workers should reduce by only 20 per cent, staged until January 2015.

“This will provide labour cost relief for restaurant and café operators currently trading on Sundays,’’ Mr Hart said of the decision.

The restaurant industry is arguing for deeper cuts to penalty rates.

United Voice, the union representing cafe and restaurant workers, said it would resist any further cuts.