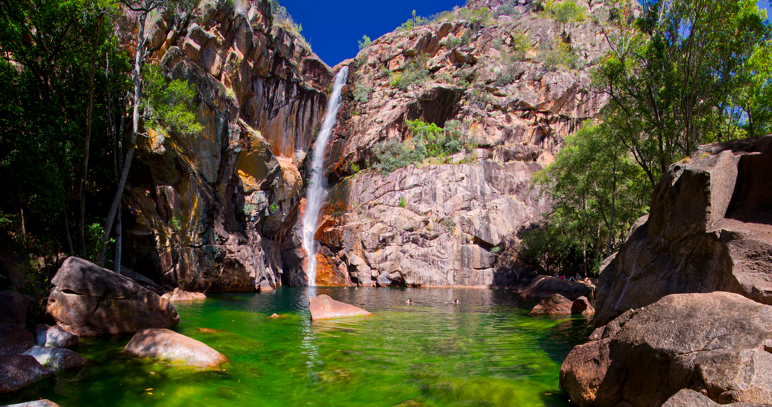 TTN: A tourist has drowned in a remote park of Kakadu National Park and NT Police have not revealed the name of the tour operator who took him to the park. The drowned man was only noticed absent hours later. With only two drownings in the area in 14 years, questions are being asked as to why the man wasn’t noticed missing sooner.

A tourist has drowned in a remote park of Kakadu National Park.

A 62-year-old American man was found dead at Motorcar Falls in a remote southern part of Kakadu National Park on Friday morning.

Police received a report that the man was missing from his tour bus group.

He was located later in the water and CPR was unsuccessfully administrated.

“It appears the tourist got into difficulties and drowned,” a police spokeswoman said in a statement.

An investigation will be conducted on behalf of the Coroner.

This is not the first time a tourist has drowned at the popular national park.

Prior to that the last person to drown at Jim Jim Falls was a 27-year-old Korean tourist in October 2000.