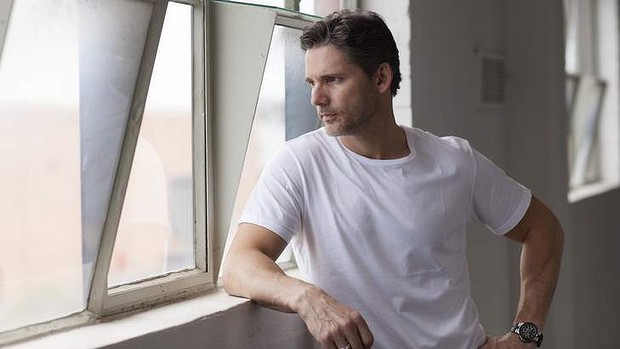 From smh.com.au
The actor-turned-distributor is the latest Australian filmmaker to take matters into his own hands in a shake-up that spells good news for local audiences.

Nobody could ever accuse Eric Bana of not getting involved.

The same day he announced he was entering the distribution game by picking up the local rights to his British espionage thriller Closed Circuit, there he was at the Astor in St Kilda, taking to the stage to introduce a low-budget documentary to which he had lent his voice.

“This is a passion project but it’s so much more than that,” he told Tuesday night’s audience at the premiere of Tempest at the Drop-In, a funny and deeply moving film about a collaboration between professional theatre types and the socially disadvantaged to stage an unconventional take on Shakespeare’s The Tempest.

“It’s an amazing film, and an amazing project,” Bana says the following day in the sun-drenched office he shares with fellow filmmaker Robert Connolly in a former factory in Port Melbourne. “It wasn’t just The Tempest, it was a highly workshopped version of it. Lots of professional actors would have found it a struggle, let alone these guys.”

Bana did the voiceover to help out his mate Brian Nankervis (of RocKwiz fame), whose wife Sue Thomson directed the film. Now he’s teamed up with another mate, Connolly, to take his own film out to the market.

Connolly has been here before, with the Julian Assange telemovie Underground, which had a theatrical afterlife with cast and crew Q&A sessions last year. More recently he’s taken Tim Winton’s The Turning – and its vast cast and crew – to audiences around the country, with the result that it has taken an exceptional $624,000 in two weeks on just 16 screens.

So, there’s evidence it can work, but it’s still a bold move for Bana.

“I wouldn’t have taken this on if I was overseas on a shoot and had to do all the organising by phone,” he says. “But I’m here until the end of the year and I had the time. And because I know the marketplace, it’s my backyard, it’s easy for me to wrap my hands and my head around it.”

Bana will tour around the country with his film in early December, doing Q&A sessions after screenings in Canberra, Sydney, Perth and Melbourne.

And in the film that helped him crack Hollywood, Chopper. Bana declined to comment upon Chopper Read’s death on Wednesday. Photo: Reuters

His impending roadshow is the latest example of what appears to be a slowly emerging trend in which local filmmakers attempt to combat audience apathy by building a personal connection with the people who might perhaps be persuaded to see their movies.

“Social media is definitely a factor in this because you’re so much more connected,” says Connolly. “The challenge is there for filmmakers to engage more.”

That doesn’t mean everyone should be making things for the mass market, he says, “just that even if you’re making them for a niche market you need to know that audience”.

At any rate, Bana observes, working his film in this way beats the hell out of whingeing about the fact that the cinema landscape ain’t what it used to be.

“It’s really easy to throw your hands in the air and say, ‘Oh, the state of cinema blah blah blah; bloody blockbusters blah blah blah’. But I think it’s important where possible to roll your sleeves up and at least try and have some sort of impact on the outcome.

“There’s no guarantees,’’ he adds. “But it’s easier to roll with the punches if you’ve thrown a few.”

Closed Circuit will open in Australia on December 5