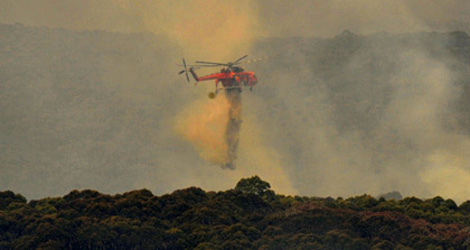 From The Queensland Times

Authorities will have the ability to send location-based text messages to mobile phones in the event of emergencies.

Federal Attorney-General Nicola Roxon talked about the technology on Thursday during her visit to Goodna, which was devastated by the 2011 floods.

The Federal Government put up $60 million to develop the Emergency Alert.

Victoria led the work on behalf of the Commonwealth and all states and territories.

But it will only be Telstra customers who will have access to the system this season, with Vodafone and Optus to follow next year.

Unlike the old alert system the new technology, which is location-based, will allow for holidaymakers to receive alerts.

“Getting emergency warnings out effectively during a disaster is absolutely critical,” Ms Roxon said.

“In a world first, emergency text messages will be sent out to mobile phones based on where that phone is, as well as its registered address.

“After all, mobile phones are mobile. This update will help emergency services to get warnings to the right people at the right time in the right place.”

Ms Roxon stressed the text messaging system was not designed to replace other emergency warnings issued on radio, TV, websites, but was instead another means of keeping people informed during emergencies.

The Member for Oxley Bernie Ripoll was also in Goodna yesterday, and said the new technology had the potential to save lives.

“The Queensland floods taught us all about the importance of getting the right information out to people as soon as possible,” Mr Ripoll said.

“This upgrade will mean mobile phone users will be able to get these warnings if they’re in a disaster area – this system won’t only rely upon their registered address.”

Telstra, which signed up as the first carrier for the system in January, is currently completing final testing to the system, which is expected to be ready for use next month.