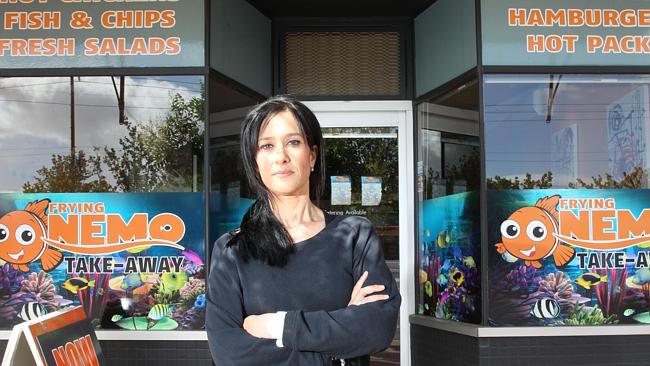 TTN: In an awkward display of indignation, an Adelaide tourism operator is playing dumb on a clear infringement of Disney’s intellectual property; and has ‘has organised her own lawyers to fight against the multi-national company.’

Whilst the below article takes an ‘underdog’ reporting approach, hundreds of online comments  (usually notorious for unintelligent argument) on the story are against the local operator, including such pearls as: “You gotta be kiddin’. What part doesn’t she get about copyright? Next she’ll be selling her own batch of John West or Birdseye fish, making her own Coca Cola in the sink out back and selling home-made Nikes as a sideline. Just because she’s not shop-lifting Woolies doesn’t mean it’s not theft.”

A SMALL fish and chips shop in Adelaide’s west will defy Disney’s legal sharks and keep Frying Nemo as its name despite claims it breaches copyright laws.

Lawyers for Disney have written to owners of the Hindmarsh shop, saying they must change its name or shut down by Friday.

But Owner Grace Crawford, 40, has organised her own lawyers to fight against the multi-national company.

Mrs Crawford said she did not understand why the multinational corporation would target a small fish and chip shop in Adelaide.

A quick google search shows there are Frying Nemos around the globe, including in the United Kingdom and Philippines.

“Maybe they think we are an easy target,” Mrs Crawford said.

TELL US: Is Disney’s action justified?

“I was just shocked when we got the letter.

“We could not believe it – it seemed like a joke.”

She said her husband, Andrew Crawford, came up with the name and her children, Kristian, 9, and Denika, 18, loved it.

Mrs Crawford said her son was upset by the legal threat.

“He keeps asking why it would have to change because he does not understand,” she said.

“We have a lot of support from our customers too – one man has decided to start a petition to allow us to keep it.”

She said about $5000 had been spent on a graphic designer, menu printing and the cost of fitting out the shop, which opened about two months ago, and it would cost at least the same amount to redesign it if they were forced to change the name.

“We just want proof from our lawyers that we have to change it before we are made to.”

University of Adelaide marketing lecturer marketing Cullen Habel said the tight shots of Nemo’s face, the colour and the imagery at the shop infringed on Disney’s copyright.

“But it is still a David and Goliath battle because in the end how much could a small shop in Adelaide’s west possibly hurt such a huge company like Disney,” Dr Habel said.

“Big companies, however, often focus on the thin edge of the wedge. One day it’s a small take away shop the next day it is a department store and all of a sudden it is everywhere.”

He said a long-running legal battle would probably be won by Disney, even if the Crawfords altered some of the shop’s fit out, because of the company’s greater financial resources.

“It saddens me to say but the best course of action would probably be to move away from the Nemo setting altogether.”

A Disney spokeswoman said she was “sure a suitable resolution for everyone will be worked out”.