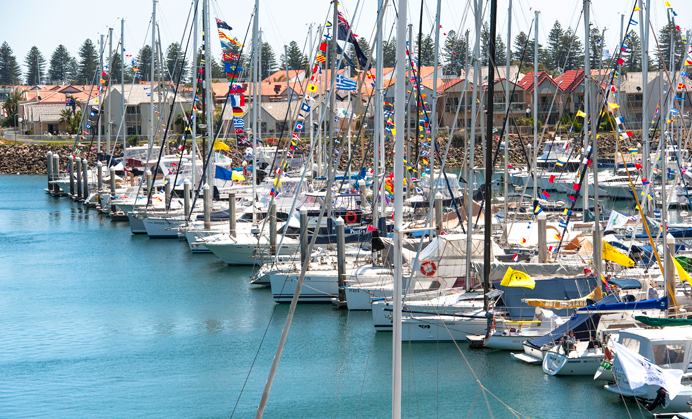 TWO doctors thrown out of a prestigious yacht club over allegations of property damage and misconduct are suing for damages – and say the club should be forced to buy back their $75,000 berth.

Dr Khodr El-Masri and Dr Randa El-Masri have taken action in the Adelaide Magistrates Court against the Cruising Yacht Club of SA (CYC).

In their statement of claim, the couple say they bought a licence to occupy a berth and associated units in a unit trust for $74,000 in 2010.

They say that, two years later, the 1200-member CYC claimed it had received complaints about damage to motor vehicles parked at the club.

Because one of the complaints allegedly blamed Dr Khodr “Kym” El-Masri, the CYC board appointed a committee to inquire into the allegations.

Dr El-Masri says he sent letters to the club denying the allegations but was advised it had formed the view that he had engaged in “recent poor behaviour with (club) staff” and invited him to a meeting to discuss the matter.

Dr Randa El-Masri asserts she sent a letter to the CYC explaining her husband was overseas and could not attend.

The couple say the CYC board met without them and resolved to expel Dr Khodr El-Masri from its membership and demanded he remove his boat from the marina.

The couple claim terminating membership breached natural justice and rules of conduct. They want the court to award them $15,000 and order the CYC to buy their berth and associated units for no less than $75,000.

In its defence papers, the CYC says it wrote to Dr Khodr El-Masri to inform him that it had “received complaints regarding his conduct” and provided him with information relating to the allegations, including copies of CCTV footage.

The CYC says it acted appropriately at all times by forming a committee to consider the allegations of misconduct and property damage against him.

It says that having reviewed available CCTV footage, it “appropriately concluded on the balance of probabilities” that Dr Khodr El-Masri had been responsible for the alleged property damage and it therefore acted appropriately in terminating the doctors’ membership.

The matter will return to court next month.