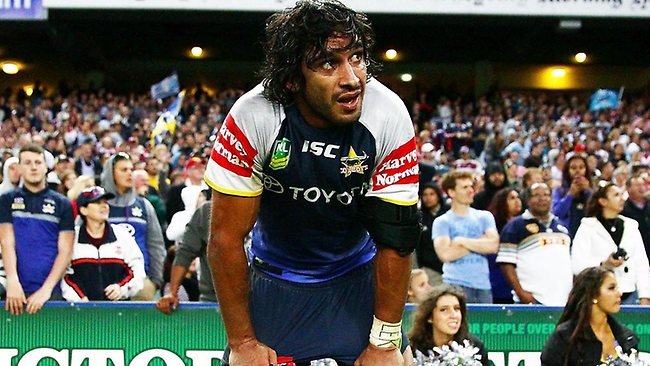 From the Townsville Bulletin, 18th September 2013

ALMOST half a million dollars in revenue will be lost from the Townsville economy as a result of the Cowboys’ controversial exit from the 2013 NRL finals.

Townsville economist Colin Dwyer estimates $457,500 would have been spent in the city if the Cowboys made it through to this weekend’s matches.

Mr Dwyer said licensed venues around the city would suffer most, with dollars also lost on finals parties, transportation and food.

“That half a million spent on the community would have been supporting significant jobs in transport, hospitality and retail,” Mr Dwyer said.

He said there was potential for the figure to be bigger if the Cowboys’ finals campaign had continued further.

Townsville Enterprise CEO David Kippin agreed venues in the region could suffer as a result of the refereeing error at Allianz Stadium.

“Hospitality-wise it will be a missed opportunity,” Mr Kippin said. “Certainly people would have spent money on food and beverage both at home and venues.”

But Mr Kippin believes the shock loss could have a positive effect on the rugby league community, enticing more supporters to rally behind their NRL club.

“You would have to sit down and go through a heap of scenarios in terms of potential memberships,” Mr Kippin said.

“Hopefully we can turn this negative into a positive and receive more support from fans.”

North Queensland Cowboys boss Peter Jourdain spoke with NRL chief Dave Smith yesterday regarding compensation for the 20-18 loss in Sydney, but said nothing is certain as yet.

“There are a number of aspects to it but (Mr Smith) was sympathetic towards our situation,” Mr Jourdain said. “We will to continue to work with him and come up with a sensible solution.”

He said the club will hear back from Mr Smith by Friday and will plan to seek reimbursement through a NRL-funded member- ship drive.

Ross Island Hotel owner Peter Rowling said he experienced a dramatic drop in punters at his hotel after last year’s loss and is expecting the same this weekend.

“When there are no Queensland teams (the fans) lose interest in the finals,” he said.

“Anyone who is a rugby league fan is not happy, especially when it has happened two years in a row.”