Economic benefit of G20 written in the bookings 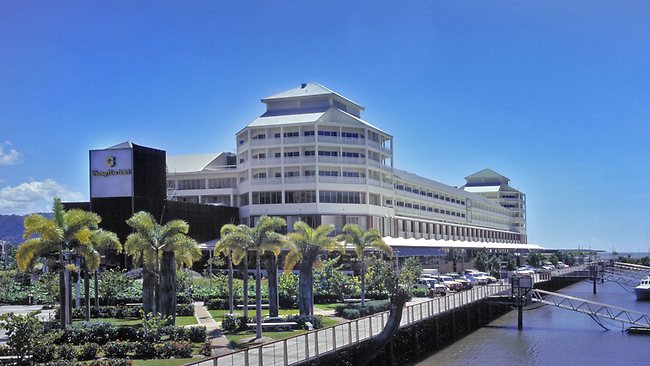 Hotel rooms likely to run out in Cairns during G20

HOTEL rooms will still be available in Cairns in September, even though 2000 have been set aside for the G20 finance summit.

But hoteliers are warning people to book now.

The Federal Government has booked 2000 rooms at five of the city’s five-star hotels and, while the venues are not booked out, managers are warning that rooms could run out.

Treasury has finalised contracts worth more than $2 million for the G20 Finance Ministers and Central Bank Governors meeting in September.

The Pullman Reef Hotel Casino contract has not yet been placed on the Austender website.

Shangri-La Hotel general manager Nic O’Donnell said his hotel had “a large component of rooms allocated for the G20 group”.

“We are working closely with the G20 organising members on the logistics of this,” he said.

“As of yet we are unaware of who or which countries will be staying at the Shangri-La, but with any delegation such as this there are heightened security details that will be in place.

“This is nothing new for hotels to experience, as we have had high-level dele-gations previously.

“From an operational aspect there are other factors to deal with, (including) dietary requirements, cultural customs and religious beliefs.”

Hilton Cairns general manager John Lucas said he was honoured the Hilton also had been selected.

“We are delighted to be a partner with Treasury being a host hotel for this most significant and high profile event,” he said.

“Accommodation across the city is expected to be in high demand.”

Pullman Cairns International general manager Paul Clark said, while there were rooms set aside for G20, there were still rooms available for regular corporate and leisure guests during the event.