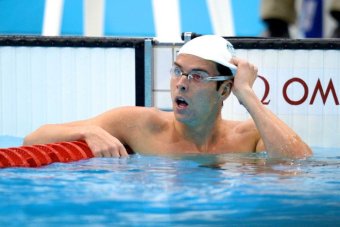 Olympic swimmer Eamon Sullivan has avoided a conviction after pleading guilty in an Adelaide court to a disorderly behaviour charge.

Sullivan did not attend the Elizabeth Magistrates Court, but his lawyer entered a guilty plea on his behalf.

The 27-year-old was charged after he crashed a borrowed mobility scooter into a group of patrons outside a hotel at Gawler, north of Adelaide, injuring two of them.

The court was told Sullivan had bought a round of drinks for those affected and he had given money to the owner of the gopher in case he caused any damage.

Sullivan was fined $1,000 and will also have to pay court costs.