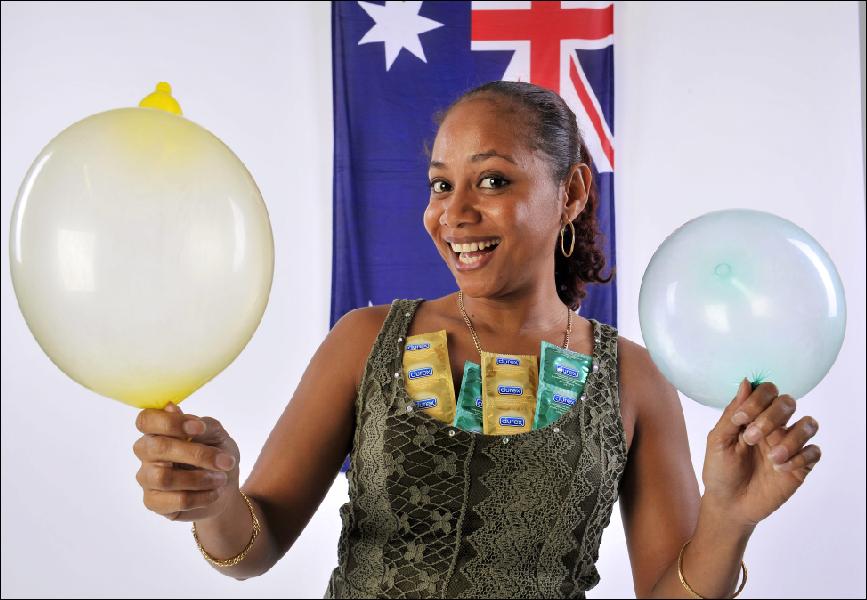 SEX will feel a little bit more Australian next weekend thanks to “limited edition” green and gold condoms.

But this year, Australia Day rubbers – that are not barbecue flavoured – will be sold around the Territory.

Darwin receptionist Deyzi Soares, 31, said it was all about safety.

She said the specialised condoms were a great idea because they would promote safe sex on a day that is renowned for young Territorians getting a bit wild after a day-long drinking session.

“I think all Australians should go out and get some of these green and gold condoms,” she said.

“They’re a bit of fun and also encourage safe sex.”

Ms Soares, from Wagaman, wasn’t sure whether she would use them but thought they were “cool”.