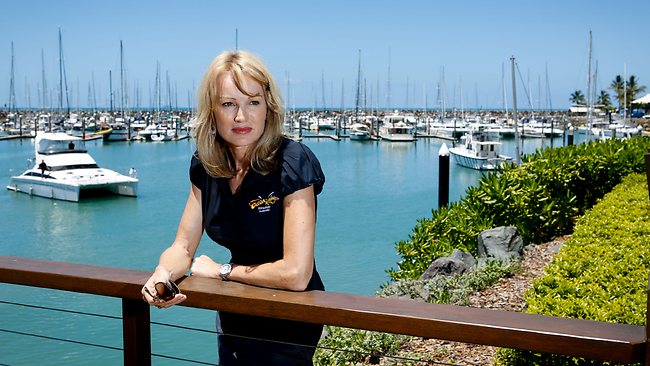 Abbot Point: a tale of winners and losers

AT Bowen in north Queensland, workplace health and safety consultant Garry Matthias was yesterday looking at putting on more people in his business to service the upgrading of the nearby coal port of Abbot Point.

But about 80km south of Bowen at Airlie Beach, charter boat operator Jan Claxton and her husband, Peter, were reviewing plans to buy an extra boat to run more tourists out to the Whitsunday Islands after Environment Minister Greg Hunt’s decision to expand the port, which lies adjacent to the Great Barrier Reef Marine Park.

While conservationists and politicians slugged it out over the airwaves yesterday about Mr Hunt’s decision on Tuesday to allow an extra wharf to be built at Abbot Point and the area around the port to be dredged, on the ground in north Queensland businesses connected with the mining industry were looking to expand while those in tourism were wondering how they would cope with the decision.

Mr Matthias worked at Abbot Point for several years before leaving to become a consultant. He diversified his business to include workplace, health and safety operations at several mines inland from Bowen so his business was not as dependent on Abbot Point, for which he continued to work as a consultant.

“The past year has been pretty slow because of the downturn in the mining industry and we’ve had to scale back and lay people off,” he said. “If they’d made a decision not to go ahead with the expansion, that would really have been detrimental to the town. But we should be able to ramp up now because of the good news.”

For Jan Claxton, Mr Hunt’s announcement was anything but good news. She said her view — and those of many other charter boat operators in the Whitsundays — was that they were not opposed to the upgrading of Abbot Point, but were strongly opposed to the dumping of the dredging spoils at a spot in the waters of the Great Barrier Reef Marine Park rather than on land.

“We always thought that the spoils would end up on land. If they’d done that, then we could have had a win-win situation for both the mining and tourism industries, but this is a loss for the tourism industry,” she said.

“We know it will have a negative impact on the reef and on our operations, that’s guaranteed — but it’s the extent of that negative impact we just don’t know. In no way is this decision good for the tourism industry — we just hope there’s no reputational loss.

While the approvals have been strongly criticised by environmentalists, Mr Hunt stressed he put tough conditions on them, the main one involving the enhancement of water quality by what he said were measures to improve the water in the Don and Burdekin rivers, which flow from sugar-cane areas and reach the ocean at points inside the reef.