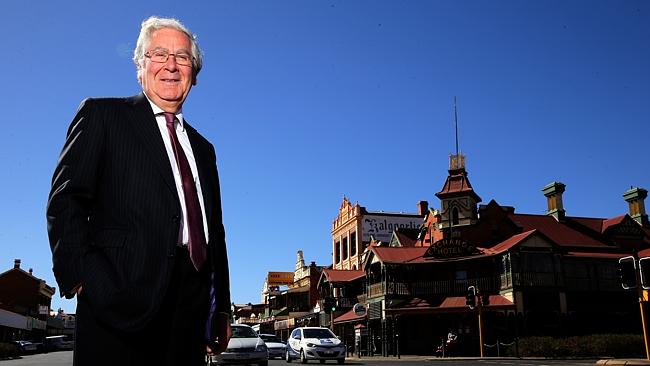 The former Governor of the Bank of England says the performance of the resources sector is key to setting interest rates.

Mervyn King (Lord King of Rothbury), who was also the chairman of a group of major central banks around the world, was the keynote speaker at the Diggers and Dealers Mining Forum in Kalgoorlie-Boulder, Western Australia.

Lord King is widely acknowledged as one of the world’s most innovative and influential central bankers and was listed at number 11 in the ‘International top 500 most influential people in financial centres 2013′.

“Central banks’ main role is to ensure interest rates are neither too high nor too low, so it’s predictable, and also to try to ensure that the financial system as a whole is stable and resilient to unexpected shocks,” he said.

“The role of central banks has increased in the last two decades.”

Lord King put that down to some of the economic upheaval of the last few decades.

“I think because of experience, first of high inflation in the 1970s and 1980s which took people by surprise and we saw the enormous cost of trying to bring inflation down in terms of lost jobs and lost output.

“That experience convinced people, and governments, that it was sensible to give the job of trying to control inflation to an independent central bank.

“The experience of the financial crisis in 2007 and 2008 also convinced people that central banks have a major role to play in trying to prevent these events occurring, and dealing with them when they do.”

Lord King says there’s a strong relationship between the roles of central banks and the resources sector.

“Mining, oil and gas industries can determine countries’ exchange rates and standards of living and are closely scrutinised.

“The central bank will take into account the impact of developments in resources, production and prices, informing its assesment of where the economy is, whether inflation is likely to go up or stay where it is or even go down.

“That assessment will affect the judgement of the central bank on what action it needs to take on interest rates.”

Lord King also believes the outlook for the Australian resources sector is much more positive than is being portrayed.

“The global recovery may come about much faster than we think and Australia is in a good position to weather difficult economic conditions.”