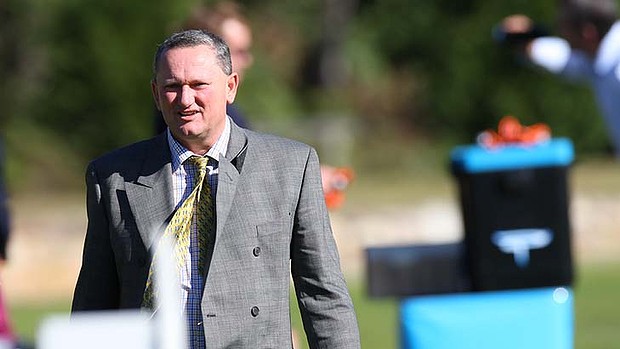 ASIAN gamblers wagered almost $50 million by betting on an A-League match in Melbourne in December.

As the sports corruption scandal grew to engulf sporting codes on Friday, it was learnt that Australia’s anti-doping agency was examining intelligence that players from up to five NRL clubs may have taken banned or highly questionable supplements.

Amid the fallout from the Australian Crime Commission’s explosive report on drugs and organised crime in elite sport, Fairfax Media has been told by FIFA’s former head of security, Chris Eaton, that a Hong Kong bookmaker took bets worth $49 million on a December 7 A-League game between Melbourne Victory and Adelaide.

Mr Eaton said this was $7 million more than placed with the same bookie on that weekend’s Manchester derby in the English Premier League. It is believed the bets were laid with the Hong Kong Jockey Club.

There is no suggestion that the Melbourne Victory and Adelaide United contest, which Adelaide won 4-2, or any other A-League game, has been corrupted.

Mr Eaton, now the director of integrity for the International Centre for Sports Security, said the big money for the A-League game highlighted how Asia’s betting market was increasingly turning to Australian soccer because the favourable time zone allowed punters to bet just before and during a match.

”It certainly highlights the vulnerability of Australian sport in Asia,” he said.

A Football Federation Australia spokesman said on Thursday: ”As far as we are aware, and we have been in touch with VicPol, there is no A-League match under investigation.”

The five NRL clubs under scrutiny have been named in intelligence gathered by the Australian Sports Anti-Doping Authority.

It is understood that ASADA has collected intelligence that raises suspicions about whether the supplement regimes used by individual players or advisers linked to small groups of players may be in breach of anti-doping rules.

Fairfax Media is not naming the five clubs believed to have been referred to ASADA.

But in a separate development this week, auditors from Deloitte, working for the Australian Rugby League Commission’s in-house investigation, visited the headquarters of Manly and Cronulla Sharks to seize supplement registers ahead of the release of the crime commission’s report.

The auditors have also visited Penrith and Newcastle this week.

The sports scientist at the centre of the scandal, Stephen Dank, has previously worked with Manly, Cronulla and to a lesser extent, Penrith.

A spokesman for the NRL said it was unable to comment on the investigations.

”Due to legislative restrictions placed on the NRL we are not in a position to divulge any content from any briefing we received from the ACC,” the NRL media and communications director, John Brady, said.

Mr Dank is under investigation over allegations he may have exposed Essendon players to banned peptides while he worked as a sport scientist at the club last year.

He has strongly rejected allegations his work at Essendon and NRL clubs involved banned substances.