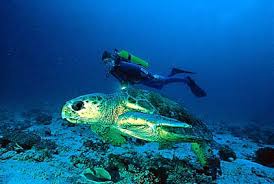 By Sharnie Kim on abc.net.au

Medical certificates will only be required for first-time learner divers if they are over the age of 45, overweight or have certain medical conditions.

Dive Queensland vice-president Ian McKinnon says the cost of the medicals had deterred would-be divers in the past.

“If they’ve searched the internet they will understand that no other state in Australia and no other country in the world requires this mandatory dive medical,” he said.

The State Government has also mandated that two crew members instead of one will have to do head counts to ensure no-one left behind in the water after a dive trip.

Col McKenzie from the Association of Marine Park Tourism Operators says the changes to the law are welcome.

“The most significant group of people statistically who are having problems are certified divers – people who’ve already got their ticket – and they don’t require a medical,” he said.

“People are aging and we’re typically seeing males over 40 being experienced divers who are having issues.

“Heart failure is the number one cause, and the medical regime we have in place would not impact that anyway.”