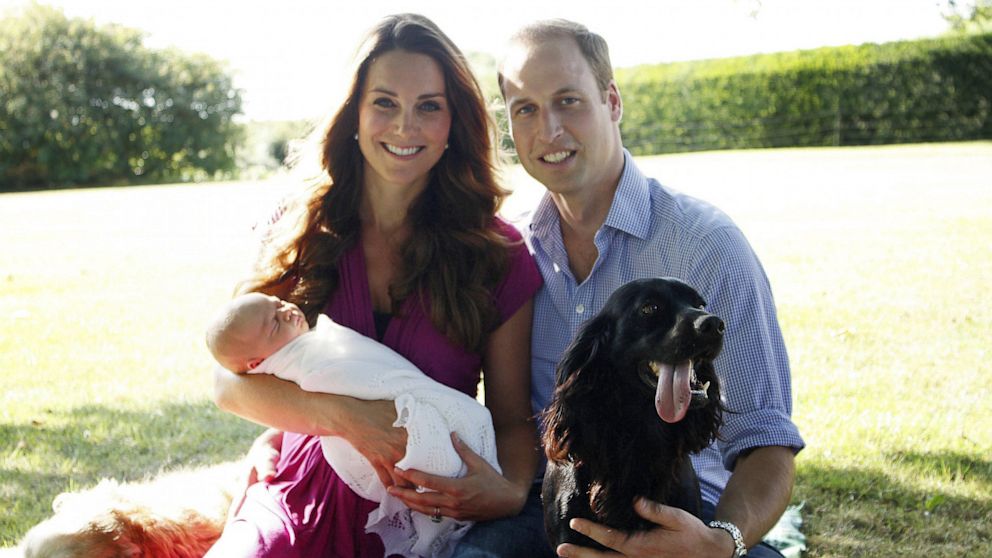 The Duke and Duchess of Cambridge, Prince William and Kate Middleton, will visit Australia and New Zealand for three weeks in April with their nine-month-old baby.

A spokesman for the Royals said they will base themselves in Wellington, Canberra and Sydney.

The Australian public will see baby Prince George at least once on the tour, the spokesman said.

He says the Royals are tremendously excited about the tour.

From Sydney, they will visit Blue Mountains residents affected by last year’s bushfires, Taronga Park Zoo – where a bilby enclosure will be named after the young prince – and the Sydney Royal Easter Show.

The couple will also visit Brisbane, Adelaide and Uluru, where they will walk around the base of the iconic rock.

The trip, which will be the Duchess’s first time in Australia, follows Prince William’s last visit in January 2010.

The young prince will be nine months old in April – the same age as Prince William when he first came to Australia with his parents Prince Charles and Diana in March 1983.

Prince George will spend two nights in total away from his parents as they fulfil their tour duties.

The Royals will be in Canberra for Anzac Day commemorations to mark 100 years since the start of World War I.

Prince William and Catherine, Duchess of Cambridge, to visit Adelaide with son George in April

Baby Prince George will accompany Prince William and Catherine, Duchess of Cambridge, on a visit focused on heartland northern suburbs still reeling from the announcement of Holden’s closure.

The royal couple will visit youth initiative Northern Sound System, where they will tour music studios and a teenage centre, watch performances, meet young people and observe a skateboard display on Wednesday, April 23.

William and Kate will then attend a reception at Playford Civic Centre hosted by Governor Kevin Scarce and the premier, who will be either incumbent Jay Weatherill or now-Opposition Leader Steven Marshall, depending on the result of this month’s state election. Crowds rush the car containing Queen Elizabeth II as it makes its way from Parafield Airport to the city on her 1954 visit to Adelaide. Source: News Limited

The multi-award winning Northern Sound System is a community music centre in Elizabeth and has a 300-person music venue, live recording facilities, rehearsal space and music and digital training.

George’s age means any public appearances in Adelaide will be decided by the couple on the day.

Kensington Palace has released the first details for the young Royal Family’s highly-anticipated trip Down Under to both Australia and New Zealand, culminating in commemorations for both countries’ most revered event, Anzac Day.

Prince William’s private secretary, Miguel Head, said while the prince had visited both countries before, the Duchess of Cambridge had not, and together with baby George, they expected the trip to be a very special event for them and hopefully for the people that come out to see them.

“It’s a tremendously exciting visit and I can tell you the royal highnesses are looking forward to it immensely,” Mr Head said. Prince William and his wife Catherine, Duchess of Cambridge, arrive with their son Prince George for his last year. Source: AFP

The prince had been had been bowled over by the warm reception he had received during past visits and hoped his wife could see that for herself in the itinerary proposed by the prime ministers from both countries., but including the royal couple’s wishes.

“It goes without saying the duke and duchess are outdoorsy, sporty people and for both countries in their own way for different sports are famous, renowned and that is a big part of national life, so having a chance to be part of that in some small way is very exciting for them.”

The duke has fallen in love with both countries and he hopes the duchess will too.”

While two heirs to the throne have travelled together before on foreign visits, notably in 1983 when William travelled with his parents Prince Charles and Diana to Australia, for safety and security of the monarchy it is not usually protocol.

“The Queen has to give permission for that to happen and Her Majesty has given that permission,” Mr Head said.

The trip for the royal entourage, which includes several private secretaries and assistants including Kate’s private hairdresser, starts in Wellington in New Zealand on April 7, where they will be welcomed by a traditional Maori Powhiri.

They will travel to Blenheim, where Lord of the Rings movie director Peter Jackson will show them around his Omaka Aviation Heritage Centre featuring lifelike scenes from World War I and rare WWI exhibits, but a highlight in NZ will be a trip to Auckland Harbour where the royal pair will each board an America’s Cup racing yacht and race each other across. the bay.

Crowd outside the Adelaide Town Hall during the 1992 visit by Queen Elizabeth II. Source: News Limited

“As everybody knows, the duke and duchess are a little competitive so we expect this will be enjoyable indeed,” Mr Head said.

With help from members of the All Blacks, they will also coach opposing teams in touch rugby, watch a BMX display and ride in the famous Shotover Jet boats through the canyons near Queenstown.

In Australia, William, Kate and George will arrive in Sydney on RAAF charter and visit the Sydney Opera House, take a ferry across to Admiralty House — where they are to stay during their Sydney leg — tour the Blue Mountains, meeting families affected by devastating fire last October and also possibly do a short hike, attend the Royal Easter Show on Good Friday morning and watch a Manly surf carnival demonstration in the afternoon. They will then fly to RAAF Amberley, north of Brisbane, before returning to Sydney to attend Easter Sunday service at St Andrew’s Cathedral, where they will also sign the First Fleet bible, used for the first Christian service in Australia in 1788. The Queen and other royals have previously signed the book.

The couple, possibly with Prince George, will visit the bilby enclosure at Taronga Zoo, which is to be named after the royal baby, and take in a bird-of-prey show as well as look at other native Australian animals.

The couple will then travel to Central Australia and visit Uluru and also a cultural centre where they can try their hand at traditional indigenous painting, then on to Adelaide and Elizabeth, named after William’s grandmother, to visit youth music studios and watch a performance including skateboarding displays. Having a go themselves is apparently optional.

On April 24 they will visit Canberra, attend a formal function in Parliament House Great Hall hosted by Prime Minister Tony Abbott and the following day attend the Anzac Day March to the steps of the Australian War Memorial. No doubt they will be introduced to the delights of Two-Up.

It is baby George’s first trip overseas and just when and where he will appear in public will be decided once they the Royals are here.

While the visit does feature many lighthearted moments there are numerous formal events, including dedications, visits to children’s hospices and other meetings with experts on issues that interest the couple, such as animal conservation work that has long been pursued by William.

The palace said William had wanted to “deepen his relationship and admiration” for the peoples of both countries and while not official, there was expected to be numerous occasions where the public will be able to see and perhaps greet the couple.

Queen Elizabeth II with Prince Philip, Duke of Edinburgh and then-Lord Mayor Steve Condous and then-Premier John Bannon on the balcony of the Adelaide Town Hall during the Royal visit in 1992. Source: News Limited