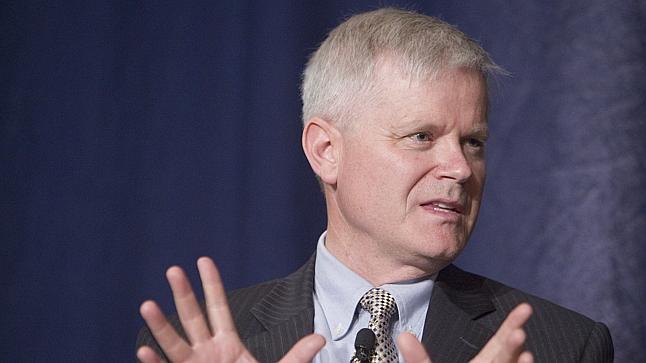 TTN 25th March 2014: Deloitte Access Economics has named tourism one of its ‘Fantastic Five’ growth industries over the next 20 years.

Of Deloitte’s ordained 25 top growth sectors in the next 20 years, Deloitte has identified five sectors that they believe can together fill the gap in GDP that will be left behind by mining.

ICT is named as another major growth sector, particularly those Deloitte says will service the fantastic five. This is particularly relevant to tourism operators, as recent ABS data reveals that 75% of Australian internet users have made purchases online. An ABS spokesman said “The most popular types of purchases were travel, accommodation, memberships or tickets of any kind.”

There is conflicting information within the BRW report of the Deloitte data, with the article naming a different fantastic five to what is demonstrated in the BRW article. The article lists the fantastic five as sectors of gas, agribusiness, tourism, international education and wealth management; whilst the Deloitte graph (below) highlights five sectors of tourism, agribusiness, disaster management and preparedness, ‘financing the fantastic five’ and parcel delivery.

Deloitte has tipped the 25 highest growth sectors of Australia’s economy for the next 20 years, which the professional services firm expects will add $400 billion to gross domestic product over that period.

As the current growth wave of mining subsides, what Deloitte dubs the ‘fantastic five’ sectors of gas, agribusiness, tourism, international education and wealth management could step into the breach, collectively matching the 10 per cent of GDP which mining constitutes today.

“As Asia’s boom evolves and new domestic opportunities arise, our research shows that Australia’s growth options remain excellent,” says the co-author of Deloitte’s study, Chris Richardson from the Deloitte Access Economics division. “Our future prosperity will come from a more diversified spread of sectors, enabling Australia to remain the fastest-growing developed Western nation in the world in the coming decade.”

Deloitte’s report says five big-picture advantages give Australia a head-start: world-class resources in land, minerals and energy; proximity to the world’s fastest-growing markets in Asia; our use of English, the world’s business language; a temperate climate; and well-understood tax and regulatory regimes.

From Deloitte’s report identifying growth pockets beyond the “fantastic five” (which after all only cover 20 per cent of the economy) :

“Many of the domestic growth opportunities that Deloitte identifies result from the collision of health costs and ageing. That includes obvious candidates (residential aged care, retirement living and leisure, community and personal care, and preventative health and wellness), but also the digital delivery of health (this nation already delivers health care to remote Australia well – think of the Royal Flying Doctor Service – but new manufacturing technologies will combine with new markets to generate new potential for digital delivery more generally).

Yet there are other domestic opportunities too, including:

•Reskilling an ageing workforce (the numbers of older Australians interested in working longer are swelling, but their skills will need updating)

•Tapping into continuing rapid growth in private schooling (birth rates have jumped, while parents are keen to get what they see as the best education for their kids)

The report also identifies downstream opportunities for services and products that support mining and the Fantastic Five, including:

•Clean coal: Coal is starting to lose the battle for global market share with gas and renewable energies, but the potential of Australia’s vast thermal coal reserves would be reinvigorated if clean coal technologies and costs were to achieve key breakthroughs

•Gas transport: Australia has heaps to do to bring its gas potential to fruition, and that will open huge opportunities for our transport and construction sectors

•ICT (Information and Communication Technology) will be a gateway for our growth sectors, enabling everything from water-saving sensor systems and disease-resistant crops on our farms, to robots and automated systems in mining, to the likes of ICT-enabled lower-cost advice models in wealth management

•Australia’s strong Finance sector can slipstream the rapid growth in Australian trade and help finance the Fantastic Five. In 1970 total trade flows were a meagre 23 per cent of our economy, but by 2010 that had risen to 40 per cent, and Deloitte Access Economics estimates that Australia’s trade ratio will rise to 45 per cent by 2015, and (a resource export-assisted) 60 per cent by 2025.

•Food processing: Provided that we address an outdated regulatory framework, we could match New Zealand’s success, unshackling the potential downstream opportunities of the “dining boom”.

A final group of growth pockets are those with the potential to play on the global stage. They share a common characteristic: because Australia is a small player in a big world, these sectors can turbocharge their development by selling into world markets:

•We have an Exclusive Economic Zone in the world’s oceans that is larger than Australia itself – the third-largest ocean environment in the world. That underutilised asset of ocean resources will increasingly generate opportunities not just in offshore gas and oil development, but also in water and wind energy, as well as via rising scope to “farm” the ocean

•There is also other potential in a globe hungry for clean energy, with technologies rapidly opening new generation and storage potential around both next-gen nuclear and next-gen solar

•Australia also has enormous experience in disaster management and preparedness. Prevention pays off – it is both smarter and cheaper than “curing” the aftermath of disasters. There is much that can be done, including raising the walls of dams so as to cut the chance of floods, clearing scrub near homes, and putting power lines underground

•Finally, Australia has world-class opportunities in medical research. Our research capability in neuroscience is in the top four globally. That is vital, as “brain health” is set to be the dominant health need of the coming century.