Death on Royal Carribean’s Rhapsody of the Seas 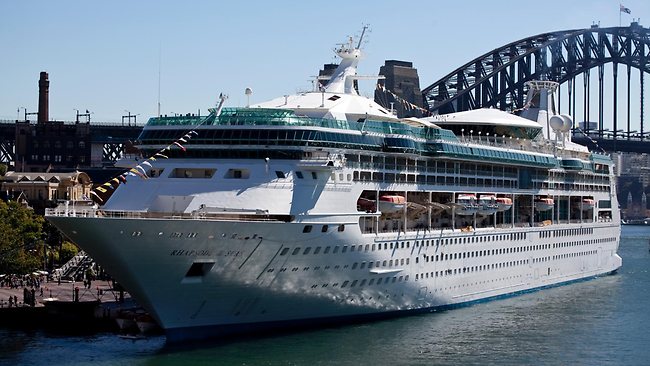 The body of the man, who was seen falling from the Rhapsody of the Seas about 1am, was recovered just over seven hours later, according to the Australian Maritime Safety Authority.

The ship, which was en route to Noumea, was returning to Sydney.

The man’s nationality or age are unknown.

A witness to the man’s plunge raised the alarm about 1am Queensland time, the AMSA spokesman said.

Crew immediately threw life rings and marker smoke into the water, turned the ship around and launched rescue boats.

A Queensland government plane and a merchant ship, the Pacific Pearl, joined a search co-ordinated from Canberra by AMSA.

“We were informed just before 9.30am that the cruise ship had recovered the body,” the AMSA spokesman said.

“The ship is returning to Sydney and NSW police will be looking into it,” the spokesman said.

NSW police will investigate the death.