Death of McDonald’s CEO who was there from Day 1 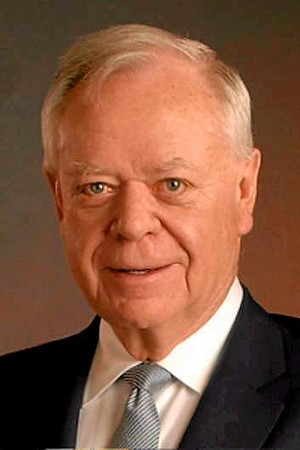 From The Age/ The New York Times

FRED Turner, who as chief executive helped transform McDonald’s into a global giant and introduced the world to the Chicken McNugget, the Egg McMuffin and the Happy Meal, has died in Glenview, Illinois of complications of pneumonia. He was 80.

Turner went to work at McDonald’s Corp in 1956 as one of its first employees. He had been flipping hamburgers at a local franchise – learning the ropes as part of a plan to open his own restaurant with business partners – when the chain’s pioneer, Ray Kroc, offered him a job opening new franchises.

He was named vice-president for operations in 1958, became president and chief administrative officer in 1968, and was named chief executive in 1974, a position he held until 1987.

Turner was seen as the driving force behind many of the ideas and products that made McDonald’s one of the world’s most recognisable and successful brands.

”Ray Kroc founded it, but Fred Turner built it into what it is today,” said Dick Starmann, a former McDonald’s executive who worked with Turner for nearly 30 years.

He is seen as the architect of the company’s ”quality, service and cleanliness” model, which helped establish its reputation in the US and abroad as a welcoming, family friendly destination.

In 1961 he created Hamburger University, the training program for managers, franchisees and employees. During his time as chief executive – when the number of restaurants more than tripled – he expanded McDonald’s well beyond the early model of the walk-up hamburger stand. Under his watch, the company increased indoor seating and introduced the drive-through; the Happy Meal for children, complete with a toy; and the Chicken McNugget.

One of Turner’s biggest successes was the introduction of a McDonald’s breakfast across the company. Although some local franchises were already offering a breakfast menu, there was debate internally about how aggressively the company should promote it, Starmann recalled. ”He made a big, bold decision – we’re going on national TV. He said: ‘The breakfast train is leaving the station – lead, follow or get out of the way.”’

In 1975 the company placed the Egg McMuffin on the national menu, and breakfast sales soon took off.

The Chicken McNugget was a similar breakthrough.

Turner was born in Des Moines, Iowa, where he spent much of his childhood. He met his future wife, Patty Shurtleff, while they were students at Drake University. She died in 2000. Turner is survived by daughters Paula and Teri Turner and Patty Rhea, and eight grandchildren.