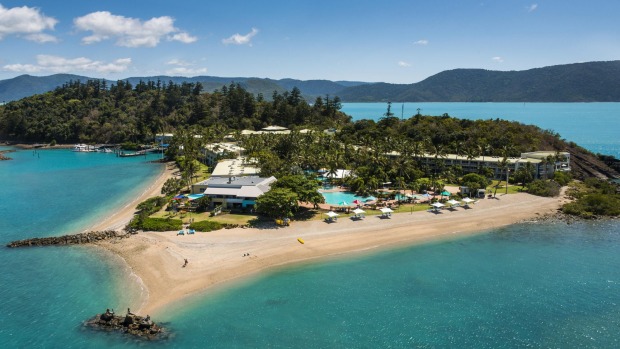 Queensland’s Daydream Island Resort will be sold to Chinese investors after owner Vaughan Bullivant dropped his asking price from $65 million to $30 million.

The 4.5-star Daydream Island Resort and Spa has 296 rooms and suites, while the island’s “Living Reef” is a popular attraction with about 80 species of fish and 50 coral varieties.

Daydream Island owner Vaughan Bullivant decided to sell the island because of poor health, with the new owners agreeing to operate the existing resort and complete a refurbishment.

“I’m delighted that we’ve found an investor that can continue to operate Daydream with the current management team and take it securely forward,” Mr Bullivant said.

“The new owners also have an opportunity to develop further the southern end of the island and offer new accommodation experiences.”

In a statement, Daydream Island operators said the Whitsundays site had been sold for an “undisclosed sum”.

However News Corp reported the sale price was more than $30 million.

Mr Bullivant, who made his fortune by founding health company Nature’s Only, bought the island in 2000 and upgraded the resort.

The agent enlisted to sell the island last year said its annual turnover was now $27 million.

CCIG Chuanyou Zhou chairman said: “We look forward to improving the property and providing both domestic and international guests with a continued high level of quality service and enhancing their holiday experience.”