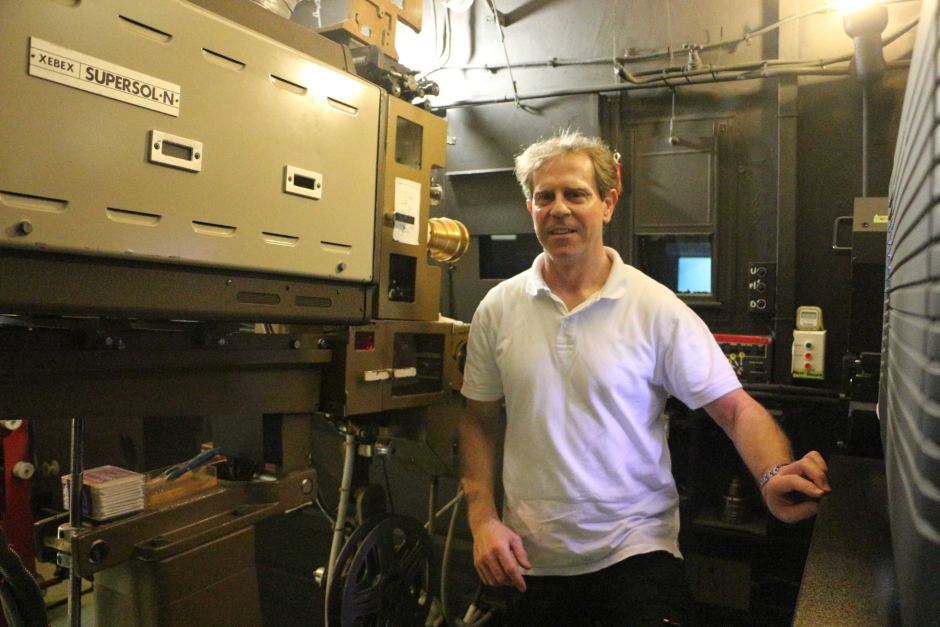 Hornsby cinema survives against the odds for a century

The humble Hornsby Odeon turned 100 years old this year, defying the trend towards the mega-cinema experience.

The cinema sits on the Pacific Highway in a part of Hornsby which has ceded trade to a nearby shopping complex.

In the cinema’s lobby, a modest, peach-painted room dominated by a bright 1970s-style candy bar, owner and manager David Stone says he’s well aware that the odds are stacked against him.

“It’s the only remaining single-screen cinema in Sydney,” he said

“It’s defied the trend where the multiplex generally rules and puts the small player out of business.”

Sydney’s suburbs were once populated with cinemas like this; family-run businesses in shopping strips of similar locally-run business.

“Each area is different, and the audience we’re looking for likes the laidback approach,” Mr Stone said.

The lack of pretention at the Odeon belies its technological prowess.

The cinema was recently fitted out with Dolby surround sound, which Mr Stone says provides superior sound to most other cinemas in Australia.

The cinema upgrade to digital projection technology in 2009

It now runs using a sophisticated automatic server system which dims the lights and starts the movie without any human intervention.

“I remember [when I started] I saw a survey in the newspaper which said the Odeon had zero atmosphere,” Mr Stone cites the survey as a motivation to improve the cinema experience for his patrons.

Mr Stone said that his customers appreciate the personal, small-business service they get having the owner working the front counter.

“I’m here at the coalface, so if there’s a problem, I’ll be here to attend to it.”

That personal family approach is reinforced as a kitten playfully bounds around the lobby.

“Mr Cuddles is the number one manager around here,” he said.

Mr Stone has run the Odeon since 1999 and looks forward to taking on the challenges of an ever-changing industry into the cinema’s second century.