Darwin: the butt of the Australian events joke 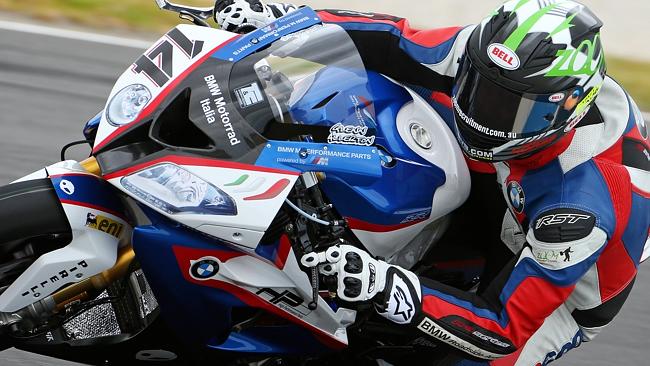 TTN: Motorcycling Australia’s website suggests its two top directors are ex-riders. The next three directors don’t have biographies attached to their names.

The International Entertainment Group have been accused of not paying prize money to participants. In November, MotoOnline reported that television production company AVE were suspending broadcast of the 2014 Supercross and launching legal action over IEG’s unfulfilled contractual obligations (unpaid bills).

Earlier this year, a conman known to NSW authorities and much of the entertainment industry ripped off Darwin Council and thousands of Darwin entertainment consumers.

See the 2014 story on Dene Mussillon aka Dene Broadbent http://www.thetourismnews.com.au/death-threats-made-as-tourism-conman-gets-desparate/

MOTORCYCLING Australia has announced that the Darwin round of the Australian Superbike Championship in June has been cancelled.

And the International Entertainment Group (IEG) will no longer be the series promoter.

The June 20-22 round was meant to be a joint venture with the V8 Superbikes in a return to the two-discipline program that ran at Darwin’s Hidden Valley in 1998 and ’99.

IEG’s managing director Yarrive Konsky confirmed the Darwin round had been scrapped last night, saying Motorcycling Australia would be take over the management of road racing while his organisation concentrated on supercross.

From SMH, 3rd March 2014
TTN: A very basic search of Le Mirage International Entertainment Group reveals a CEO with only 6 LinkedIn Connections and two YouTube videos, one with just 5 views. Not exactly the stuff of a big international event promoter.

It was billed as the biggest Middle Eastern music event in Australia, featuring one of the Arab world’s most popular singers.

But the concert for the Egyptian heart-throb Amr Diab has turned into a huge rip-off – though not through any fault of the star.

Diab, who has sold more than 30 million records worldwide and featured in video clips with Britney Spears, Beyonce and Pink, is the biggest-selling artist in the Middle East and a huge drawcard.

A poster promoting Amr Diab as the star attraction.

But investors who poured hundreds of thousands of dollars into the event to bring Diab to Sydney last month have been left out of pocket and are angrily trying to track down the event organiser, Le Mirage International Entertainment Group.

Musicians who played as support acts for the event have not been paid and thousands of dollars in licence fees, which are required by the Australasian Performing Rights Association, remain owing.

It is understood that Ticketek, which handled ticket sales for the concert at the ANZ Stadium, has reported to police a suspected fraud involving online credit card ticket sales.

It was believed about 10,000 tickets had been sold but concert-goers report the crowd was just a few thousand.

Investors have been left wondering what happened. One investor, who is owed more than $100,000, said he had put up the money after being shown documents by Le Mirage that more than $1.5 million worth of tickets had been sold and the investment would be safe.

It is standard practice for a venue to hold all ticket takings until after the concert venue and suppliers have been paid. After that, the remaining funds are released.

But Alphonse Dimian, also known as Alphonse Fouad, whose family partnership T. Dimian and Alphonse Hani Fouad was trading as Le Mirage International Entertainment Group, has not been answering his phone since the concert. The Le Mirage website has been taken down and there have been no posts on its Facebook page. A relative said no one knew where he was or how to contact him. Neither do the investors and artists who want to be paid.

A spokesman for ANZ Stadium said: “The venue is hired by numerous sporting groups and entertainment promoters on standard hiring terms. In this case, all production costs were paid, but we are not privy to how the promoter financed the event.”

Amr Diab’s management could not be contacted.