Darwin heritage building unfairly off the market for 10 years 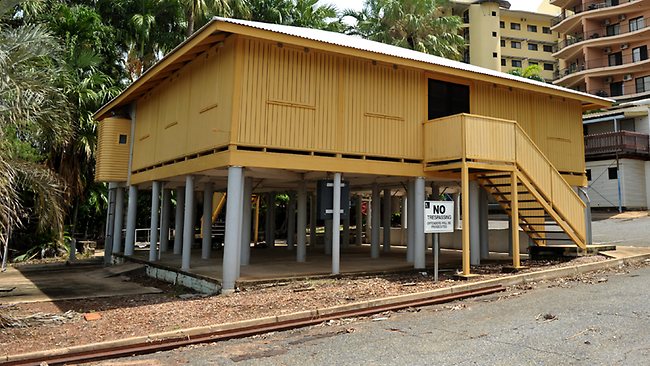 Unionists in the Northern Territory are angry after a police raid on their premises designed to get documents related to an inquiry into a building lease.

“It was fairly shocking,” said secretary of Unions NT, Bryan Wilkins who was at his office yesterday afternoon when the police entered.

“We were a little bit angry but we cooperated with them after we sought some legal advice,” he said.

Two police and an investigator went to the building in Woods Street in Darwin with authorisation to take a wide range of material including books, documents, reports, emails, meeting notes and information on computer disks.

The justification for the raid was to get documents for the inquiry into the Stella Maris lease deal.

That inquiry, led by former head of the Australian Crime Commission John Lawler, relates to allegations that in the dying days of the last Labor government a sweetheart deal was signed so unions could lease the $3m Stella Maris building rent-free.

Public servants at the time opposed the move and said it should be open to a competitive process, according to a report in the NT News.

“We understand the inquiry is on. No-one from the inquiry has actually contacted us at all to get any information,” Mr Wilkins said.

“We turn up here yesterday afternoon and there is two police and an investigator to take our hard drive and copy any minutes that we have and all that sort of thing,” he said.

Chief Minister Adam Giles announced the inquiry in December, saying the lease agreement was a “dodgy deal” that stank of corruption.

Unions have claimed a historic association with the Stella Maris building and say it has been used to provide accommodation to seafarers for the past 100 years.