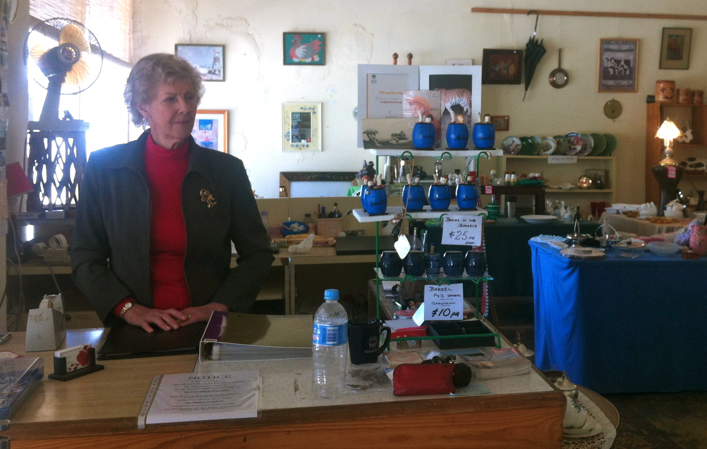 Rosemary Joseph is 79 years old, and after 8 years in Snowtown, South Australia, she’s had enough.

Snowtown Crafts & Curios is on sale for a meagre $5000. The shop’s rent in the desolate town – which is on a major tourism route north from Adelaide – is only $145 a fortnight, including electricity.

Snowtown’s major attractions now are the Bodies In Barrells ornaments, handmade and fired by a local potter and painted by Rosemary herself.

I stopped in at Snowtown on the way back to Adelaide and was surprised to see the ‘Bodies in Barrells’ trinkets going for $25. “I can’t really justify that”, I said to Rosemary.

“Yes I was selling too many”, Rosemary said of the ornaments. “They were $20, but I couldn’t paint them all, so someone suggested I put the price up, and that worked, that slowed them down.”

I commented to Rosemary that it was good she hadn’t been tempted to outsource the job to China.

Rosemary remarked “Well then they would all be the same!”

There is potential for Snowtown to become a dark tourism capital with the right investor.

A movie about the Snowtown murders, sometimes called Snowtown and sometimes The Snowtown Murders was made in 2011 and is ranked in the 86% percentile on renowned movie user-review siteRotten Tomatoesand kickstarted the careers of two young South Australia actors, Louise Harris and Lucas Pittaway.

The bank vault in which the barrells were found are now part of Australian culture, and there is potential for tourism investment, particularly since technology company Siemens are a major stakeholder in the town.

Siemens have built a $700m dollar wind turbine farm and have an ornamental – but enormous – wine turbine on show just across the road from Snowtown Crafts & Curios.

The only question now is – who will take the opportunity to invest in Snowtown’s dark past? 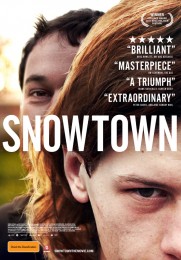 Click the image to see more details about Snowtown the movie on IMDB (the ‘Internet Movie Database’).