A Northern Territory crocodile farmer has been named the 2013 RIRDC Rural Woman of the Year.

Giovanna Webb, from Crocodylus Park near Darwin, has spent the year working with women in Indigenous communities, and believes they can play a bigger role in Australia’s expanding crocodile industry.

Ms Webb says there’s a market for a number of crocodile by-products and there’s already been huge demand for crocodile eggs which have been painted by women in the Arnhem Land community of Maningrida.

“The crocodile eggs are selling really well and I’m really happy the women are taking an interest and want to be a part of this project.

“Hopefully the ladies involved will become mentors for younger women and this will spread to other Indigenous communities and we can develop something very special.”

“I’m extremely proud and humble to represent such a wonderful group of women around the country, rural women are very special,” she said.

“This is the first time for the Northern Territory to receive this award, it is so exciting.”

For more on the great work Giovanna Webb has been doing this year click here.

Click here to watch Giovanna on the ABC talking about how she turned animal husbandry into a major export and indigenous program: 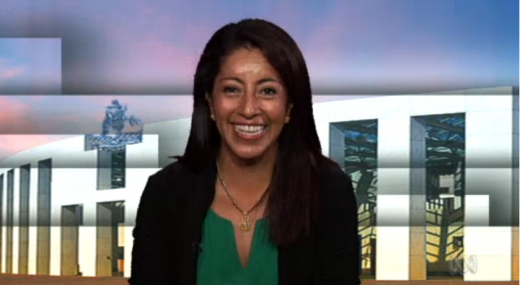