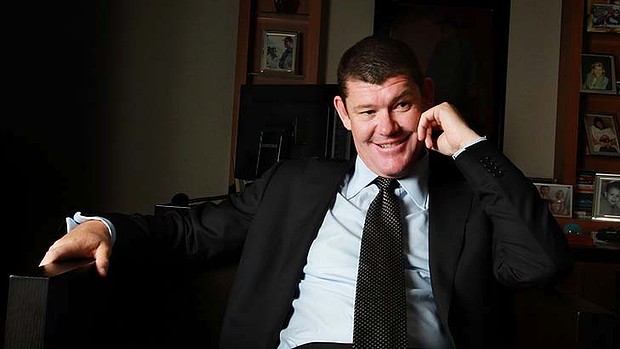 THE James Packer-backed casino company Crown is in discussions with Tourism Australia and the peak tourism bodies in Western Australia and Victoria to launch a new marketing campaign in China in the first quarter of 2013 to target wealthy Chinese tourists.

It is understood the campaign with Crown and Tourism WA and Tourism Victoria could be worth as much as $400,000 and will market Crown’s two flagship Australian properties in Perth and Melbourne in six core Chinese markets, including Beijing, Shanghai, Shenzhen, Guangzhou, Hangzhou and Nanjing.

It is the first venture between Crown and Tourism Australia in the wake of Mr Packer’s repeated calls that Australia is not doing enough to grow its share of the booming visitor economy fuelled by the rising Chinese middle class.

It comes as the billionaire is seeking to win broad support from politicians and the tourism industry for his $568 million Crown Perth and $1 billion Crown Sydney Resort developments.

Crown is also stalking Echo Entertainment, which is finalising an $870m renovation on its flagship Sydney casino complex, The Star.

However, the mooted Tourism Australia deal comes in the wake of recent controversy surrounding TA chairman Geoff Dixon, after Qantas late last month pulled out of a $44m, three-year partnership with the nation’s peak tourism body, citing a conflict of interest in that Mr Dixon was part of a consortium that was reportedly agitating for strategic change at the airline.

Virgin Australia and its partners are in talks about filling the void left by Qantas. An announcement on that deal is likely to be made tomorrow.

Mr Dixon is also a director of Crown, which has prompted questioning from independent senator and anti-gaming campaigner Nick Xenophon about the Tourism Australia chairman’s involvement in any deal between TA and Crown.

Last Friday, answers to questions on notice from the latest session of the Senate Standing Committee on Economics were tabled, in which TA managing director Andrew McEvoy answered queries from Senator Xenophon regarding a speculated co-operative marketing partnership with Crown.

While Mr McEvoy stated there was no commercial contract currently in place between Tourism Australia and Crown, he confirmed TA was exploring possible co-operative marketing activity in China with state tourism bodies and commercial partners, including Crown.

Importantly, he added that “in line with the board instrument on delegations, this project would not need to be referred to the board,” meaning it was a project being run by management.

Mr McEvoy stressed that Tourism Australia did not target gamblers or advertise or promote gambling.

A TA spokesman reiterated this yesterday.

“There is no commercial contract currently in place for co-operative activity between Tourism Australia, Crown Limited and any relevant state tourism agency,” the spokesman said.

Overseas trips by Chinese tourists have risen from 10 million a year in 2000 to 50 million this year, and by 2020 that figure is expected to double to 100 million overseas trips a year, prompting Mr Packer to push for improved product and more accessible visa and processing facilities.