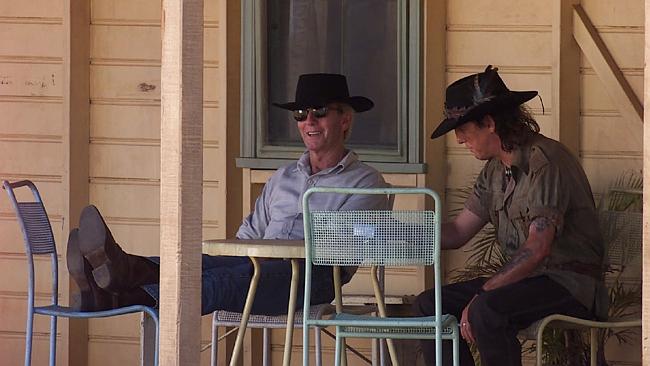 The outback hotel made famous by the Crocodile Dundee movie has sold.

The Walkabout Creek Hotel at McKinlay, in Northern Queensland, has been sold for a “significant six-figure sum’’ according to its marketing agent Raine and Horne.

It has been bought by Frank and Debbie Wust, who plan to maintain the hotel’s iconic status.

Mr Wust, who since 1990 has been a miner at the Callide Mine, 120 kilometres southwest of Gladstone, said he became interested in buying the hotel on his way to the Boulia Camel Races.

“We were visiting a friend in Boulia, who previously owned an outback hotel himself, and on the way home we stopped at the Walkabout Creek Hotel and the rest is history,” he said.

Mr Wust assured fans of the Crocodile Dundee movies they would continue to be welcome at the hotel.

It was previously owned by Paul Collins according to marketing agent Nathan Henderson of Raine and Horne Ingham and beaches.

The hotel has 18 rooms, and there is a caravan park with 30 powered and unpowered sites included in the sale, as well as two residential houses.

There are also stables and paddocks for horses.

Mr Henderson said the pub was moved about a kilometre from its original location about 20 years ago following the redirection of the Matilda Highway and had been renovated at the time.