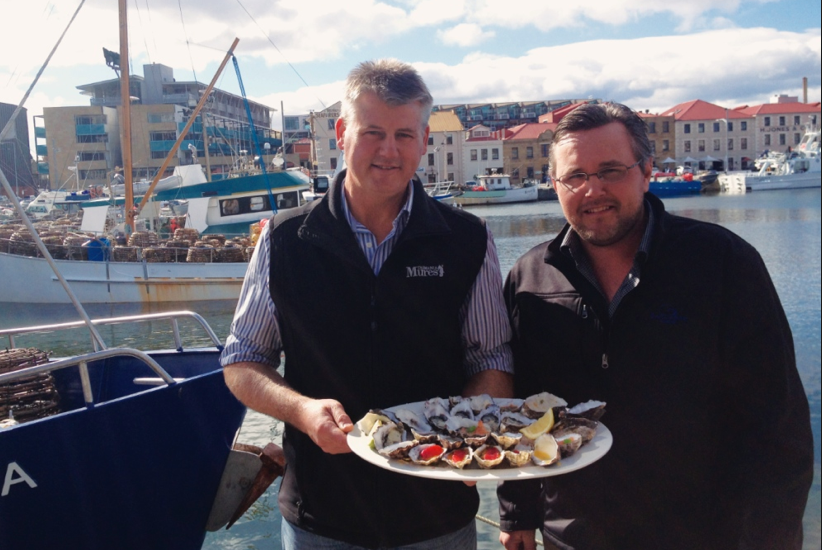 Will Mure, of Mures in Hobart, says businesses should declare where their seafood comes from. Picture: SAM ROSEWARNE

THE  Tasmanian seafood industry is stepping up calls for country-of-origin labelling, saying it would help confirm the state’s reputation for quality food.

Will Mure from the Mures family restaurant, fishing and wholesaling business, said customers should be given a choice between Australian seafood and cheaper product from overseas.

While imported seafood was much cheaper, it often came from “questionably managed” fisheries, Mr Mure said.

“You pay for a clear conscience, for not only having a product that is from a fishery that’s better managed but most likely of better quality as well,” Mr Mure said.

Mr Mure said an accreditation system requiring businesses to declare where their seafood came from would give customers the option of paying more for local produce.

He argued customers would still order fish and chips, even if they knew it was imported flathead, basa or flake.

“If [takeaway shops] declared where it came from it’s not going to affect their sales very much. People are still going to want their cheap fish and chips,” Mr Mure said.

Mures is about to change its menus to declare the origin of all seafood and Mr Mure wants other eateries to follow suit.

“For the record, all seafood sold through our Lower Deck Bistro or Upper Deck restaurant is either Australian or occasionally from New Zealand,” he said.

The Northern Territory already has seafood country-of-origin labelling laws and Mr Mure said Tasmania could “hold its head high” if such a system was introduced here.

The catch in buying our own seafood 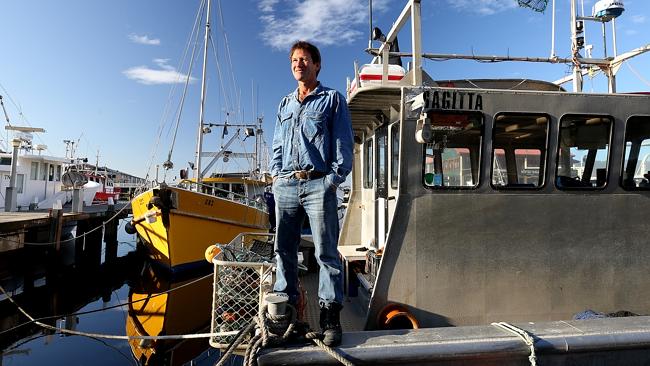 Fisherman Chris Massie, of Sandy Bay, reluctantly has to send much of his Tasmanian-caught seafood to interstate markets.

IT’S a regular gripe among shoppers at the Hobart docks: why do customers in Melbourne and Sydney often get access to Tasmanian-caught fish before locals do?

The answer, according to fishermen, is related to economics and the weather.

Chris Massie, a fisherman of 30 years, said he would love to sell his fish locally but is often forced to send it interstate.

When the weather is ideal and the fish are biting, locals find themselves competing with each other as well as interstate suppliers and often have to send their catch interstate.

“We’d like to sell it locally but the market is limited because of competition and the [small size of the] population,” Mr Massie said.

“We used to [sell direct from the boat] years and years ago in Victoria Docks but now it’s just the logistics and the economics of scale.”

It has become so difficult to make a living that Mr Massie is hanging up his nets in favour of tourism, converting a traditional timber fishing yacht into a charter boat to offer day cruises and foodie holiday packages at Triabunna.

Fishmonger James Ashmore, who supplies some of Hobart’s top restaurants and has a factory retail outlet at Mornington, said local “day fishermen” supplied most of his flathead and squid, while his blue eye came from Petuna, which operated a “three-day” boat from northern Tasmania.

When local supplies were limited he “topped up” at the Melbourne and Sydney fish markets, which is where Mures on the waterfront and Mako at North Hobart source most of their shallow-water species such as flathead. Mures has its own vessel, Diana, for catching deep water species like blue eye and pink ling, which unloads around Tasmania except for up to two months over winter when it fishes off Sydney and the fish is ferried to Hobart on refrigerated trucks.Lately, local fishmongers have been bringing blue eye in from New Zealand because it has been so hard to catch off Australia.

Will Mure from Mures and Ann-Marie Johnson from Mako say customers should not baulk at the thought of fish coming via interstate because many species remained super-fresh for longer than people expected.

He said the key was treating the fish with care as soon as it was caught, including bleeding it at sea and keeping it at a constant zero temperature until sold. CRAYFISH could increasingly be off the menu in Tasmania as demand in China sends prices soaring towards $100 a kilogram.

Local retailers have given up on stocking the delicacy, with the beach price last week sitting at a sky-high $93kg.

Lobster fishers expect it to hit $100kg next month.

“That’s always a bit of a worry because I’d like to see them sustained for the next 10 years, it would be lovely, but reality tells you that’s probably not going to happen.”

More than 90 per cent of Tasmania’s lobsters are exported live to China.

The domestic market has all but disappeared, apart from a Christmas splurge each year.

“It’s serious business, you’ve got to make as much as you can,” he said. “If the higher prices are for export, well I’m afraid that’s where the product goes.”

Producers are cashing in on China’s cultural connection with lobsters as much as Tasmania’s clean image, Mr Sansom said.

“Red is a very lucky colour over there, lobsters are held in high esteem so red lobsters are a really big marketing tool for us,” he said.

Seafood retailer Mures said crayfish would not be stocked until prices dropped when a new season starts in November.

Director Will Mure said he was confident Christmas sales would stay strong but warned seafood lovers could still be paying $50kg for a celebratory lunch.

“Unless you actually go diving or set a pot and catch your own crayfish, it might get to that stage where that’s the only time you get a feed of it.”