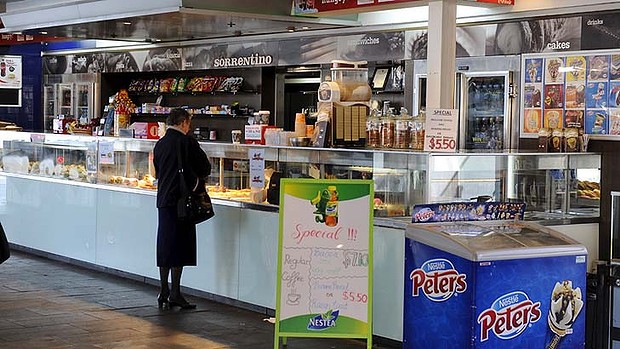 ICAC investigated allegations that Mr Obeid lobbied to have the leases renewed without a competitive tender.

It also investigated if he had a secret stake in the leases.

In November, in a reversal of previous evidence to ICAC, Mr Tripodi admitted he knew Mr Obeid “had an interest” in the cafe leases.

He also admitted he did tell former staff member Lynn Ashpole he knew Mr Obeid had an interest in the leases before they were renewed.

“To the best of my recollection, I told Ms Ashpole ‘Eddie Obeid has an interest in the leases at Circular Quay, he will not be happy when they go to EOI’,” he said.

Mr Scully said he was gobsmacked and astonished when Mr Obeid approached him to extend the lease, which was on government-owned land.

The lease was for Mr Obeid’s associate Tony Imad.

Mr Scully told the hearing that, when he told Mr Obeid he thought that Mr Imad was a crook, Mr Obeid screamed and became angry.

Mr Scully said Mr Obeid did not disclose that his family had business interests at Circular Quay and that was not how an MP should behave.