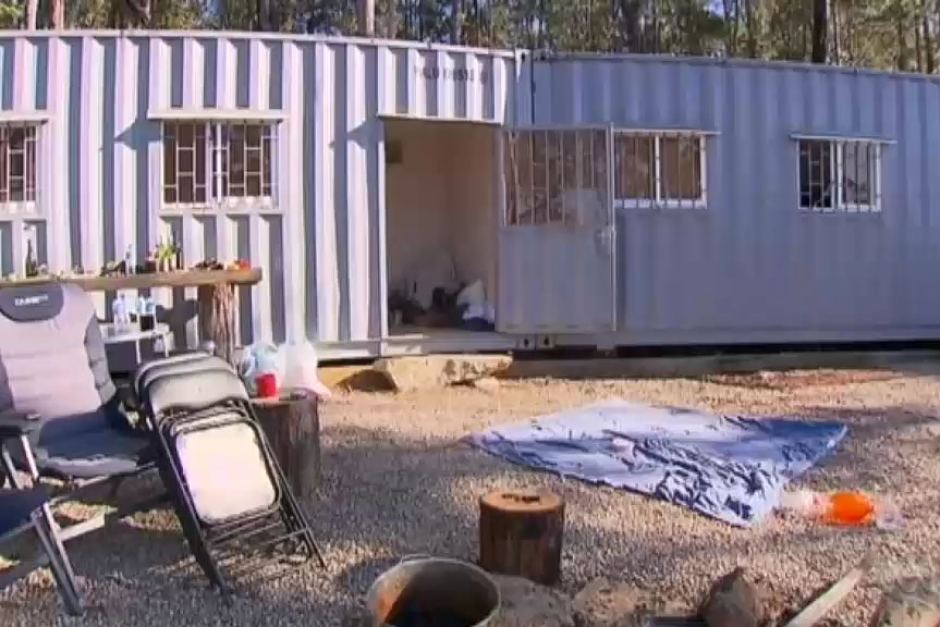 TTN: The sad deaths of a couple in their early thirties has reminded the tourism industry of why we work so hard to keep our patrons safe.

A couple in their early thirties died on the Queens Birthday long weekend after the fire they had going in a makeshift shipping container asphyxiated them.

Occasionally we get a reminder that standards which often seem overbearing (on per-person ventilation standards etc.) are there for a reason.

It is expected the converted shipping containers (below) were being used for personal, not commercial use.

Fumes from a makeshift wood heater have been blamed for killing a Sydney couple who were staying in a makeshift cabin on a weekend holiday near the Blue Mountains.

Police said the woman’s sister discovered the bodies of the man and woman in the converted shipping container at Kurrajong, north-west of Sydney, early this morning.

“It appears they had some sort of makeshift heater inside the cabin and there wasn’t any ventilation, and as a result of that they may have asphyxiated from carbon monoxide poisoning,” Inspector Suzanne Rode-Sanders from Hawkesbury Police said.

She said the pair, who were aged in their early thirties and had been together for a couple of years, were staying with the woman’s sister and her husband and children.

“They were with other family members at the time so as you can appreciate it’s a horrific incident, especially for one of the relatives to walk in to,” she said.

“Our thoughts go out to the family – it’s very, very tragic.”

The cabin is made of three steel containers that have been converted into rooms.

“A couple and their children were in one container and the deceased couple were in another, so completely separate from the two but side by side,” Inspector Rode-Sanders said.

Neighbour Steve Bellamy said the couple who owned the property were also from Sydney and travelled up for visits.

“He put a couple of container cabins down there, all lined and everything, but he put those down there just to stay overnight,” he said.

“They’re just shipping containers but they’re all fully lined; [they have] windows in them, bars on the windows.

“That’s the trouble with them – once you shut the door you’re probably in a bit of a sealed environment.

“If they had a fire going inside, that would have done it. It’s a bit of a shock, really, it’s just really hard to fathom.

“I tell people if they have a fire … [or] a gas oven inside, a stove, anything like that, you never have the doors shut.

“You might say it’s cold, but you’ve got to have a window open.”