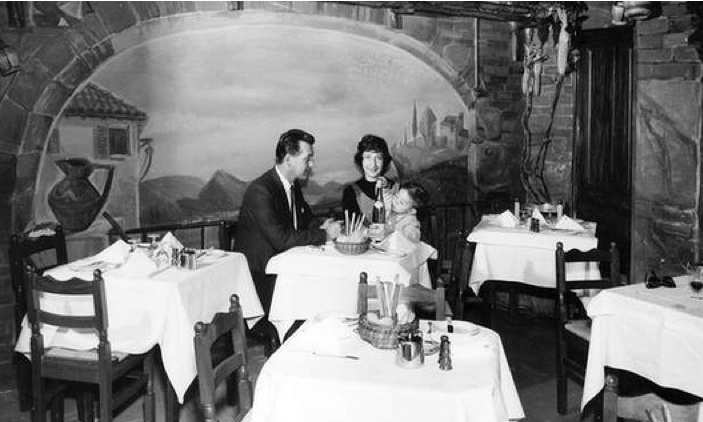 Everybody asks me where they should eat, but they only ever want to know what’s new. Nobody ever asks me what’s old. They’re missing out. It’s time somebody wrote a restaurant-guide equivalent to Patricia Edgar’s new book, In Praise of Ageing. Just as one of her subjects is still jumping out of planes at 89 years old, there are restaurant oldies that are still jumping with life and energy.

And instead of “How’s-your-day-been-so-far?” casuals on the floor, you get owner Jean-Paul Prunetti or head waiter Jacques Doucas, who has been on board since the opening.

“The most important thing in a restaurant is the people who work there,” says Prunetti.

“The human input is enormous, and the hardest to manage. I am lucky to have longevity with most of my people, and looking after them is extremely important.”

Then there’s the even-more-sprightly 26-year-old Café Di Stasio in St Kilda, still kicking up its heels over one too many negronis every night, and in the city the mighty Flower Drum, heading for its 40th year of Peking duck banquets and stuffed garfish. As for Sydney, Lucio’s in Paddington has just turned 30, The Malaya celebrated its 50th this year in flash new digs at Darling Harbour, and Beppi’s in East Sydney has clocked up 57 years.

So what’s the secret of long life in the notoriously fickle restaurant business? The Australian restaurant industry has lost 18,000 employees in the past decade, as restaurants struggle with rent and labour costs, generational change, and increasing competition from cheaper, more casual venues. How do you survive in the modern age without doing steamed pork belly buns and lageritas? And how do you not get grumpy with age? As America’s GQ magazine restaurant critic Alan Richman wrote recently, “Thirty years is infinity. Old restaurants get eccentric, cranky, difficult, like old people. Like me.”

If anyone knows anything about longevity, it’s Doyles on the Beach. Ben Doyle, whose great-great-grandparents first opened their tea rooms on the same sandy stretch of Sydney’s Watsons Bay in 1855, says that sticking to what you know, and being true to yourself and your customers, is key – “although,” he adds, “location does help”. The beachside cottage has specialised in fish and chips since the early 1900s. “Trends come and go, but fresh seafood, simply prepared with friendly service, has always been our priority.”

Most of the stayers are around because their founders were wise enough to build a family as well as a business. Anthony Lui has been cooking at the Flower Drum for 32 of its 38 years, first with founder Gilbert Lau, and now as co-owner with his son Jason. Their secret, says Jason Lui, is having loyal customers and equally loyal staff (floor manager Barney Soo has been with the Drum for 31 years) and remaining “faithful to what we originally set out to do; cooking traditional Cantonese food”.

Guy Grossi and his family continue a deeply entrenched tradition of Melbourne/Italian hospitality that stretches back to 1853 at what is now called Grossi Florentino. “The important thing is to have confidence in what you do and not to be intimidated by fads,” he says.

Of course, the older you get, the older your regulars get. Australia’s longest serving restaurateurs, Beppi and Norma Polese, opened Beppi’s in east Sydney in 1956, a few months before Bruce Gyngell appeared in Australia’s first ever telecast. Today, Gyngell’s son David still comes in for lunch. Beppi and Norma’s son Marc Polese says that they are now on to their fourth generation of diners. Sir Frank Packer used to wait outside Beppi’s for a table in his Rolls-Royce, a glass of Moët ferried outside to keep him entertained. “Then came Kerry, then James, and now James’ children have been down, too.”

Lucio Galletto of Lucio’s in Paddington confesses to feeding every Australian prime minister since 1983. He still serves the famous tagliolini alla granseola (pasta with crab) and pesce al sale – a handsomely presented whole snapper baked in sea salt – to diners who first came to the restaurant when it opened in Balmain in 1981. Lucio’s regulars famously include a who’s who of celebrated Australian artists, most of whom have works hanging in the restaurant: John Olsen, Tim Storrier, Garry Shead, Charles Blackman, Bill Henson. “I love all artists,” says Galletto. “I would have loved to be able to cook for Picasso, because he was a great lover of food with a passion for cooking and a great appreciation of the conviviality of a restaurant.”

What all the golden oldies have in common is time. Time to develop rituals, to perfect skills, to get to know their customers. As diners, we get to know what to expect, where we’ll be sitting, and what we’ll be ordering. It’s that familiarity and sense of belonging that allows us to concentrate on who we’re with, to be more of who we are. As Frank Sinatra wrote in Beppi’s visitors’ book in 1974: “Just like home.”

It works both ways, of course. You like a place? Invest in it. Trust it. Use it, or lose it. Take your mother, your kids, your mates. Learn the names of the staff. Go at high times (Christmas, birthdays) and low times (Sunday nights, Monday lunches). Yes, brand-new restaurants are exciting, stimulating and seductive, but old ones are about trust, respect, continuity and love. “In the end,” says Lucio Galletto, “we all want to provide a timeless dining experience.”