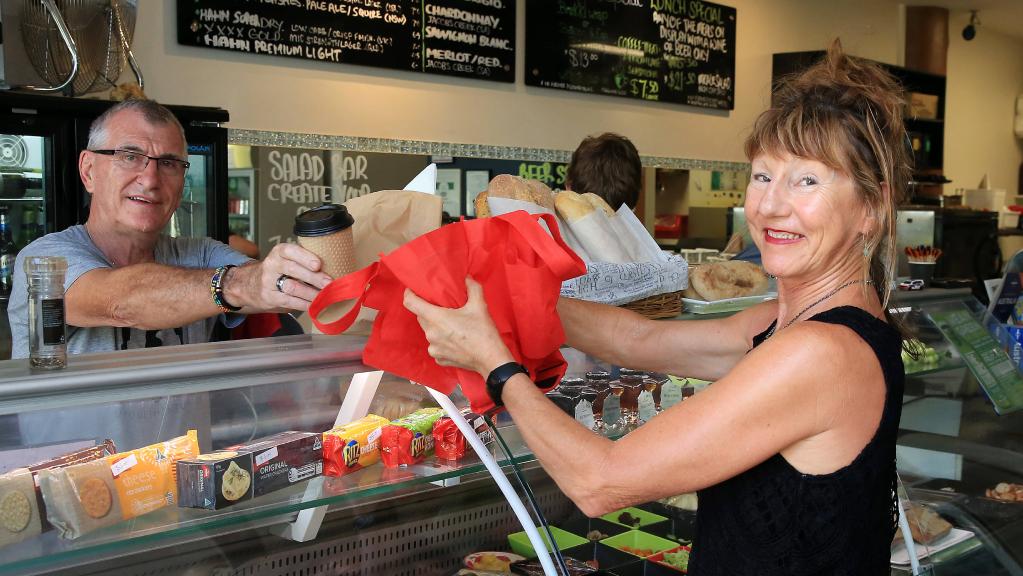 Plastic bags thing of the past under new Palm Cove concept

PLASTIC bags could soon be a distant memory for Palm Cove residents and visitors as leaders push for a community-wide ban in the next six months.

Cr Brett Olds said the move to replace plastic bags with hessian would not eliminate pollution, but it was “a little step in the right direction”.

“We should care about the turtles and the Reef,” Cr Olds said.

“We’ve seen what happens to animals when they eat plastic bags.

“I went down to talk to the guy who runs the supermarket, and he’s keen as mustard.

Cr Olds said the Cairns Regional Council was seeking advertisers to buy into the hessian bag scheme to cover the cost.

Palm Cove Village Store owner Douglas Yuen said he had no concerns about his business being impacted by the removal of plastic bags.

“I think it’ll be good to go to hessian bags,” Mr Yuen said.

“Most people are pretty good.

“A lot of them bring their own environmental bags anyway and don’t want plastic bags from us.

“It’ll be a lot better for the environment.”

Deli aDrift Restaurant owner Dennis Olsson said the move to free the town of plastic was one he could get behind.

“A lot of our takeaway is all packed in plastic and people then take that to the beach, or to the park, or to their apartments, and who knows what happens to it?” Mr Olsson said.

“I definitely support it. I think it’s a great idea.”