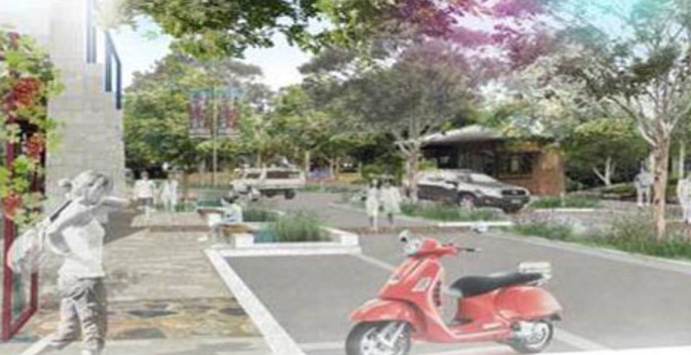 From the Margaret River Mail

PUBLIC comment is sought on concept plans for the Margaret River Town Centre Upgrade, ahead of detailed design workshops planned for early March 2013.

The Town Centre upgrades are planned in conjunction with the creation of the Perimeter Road, which is aimed at reducing traffic safety risks and improving the accessibility, walkability, health and wellbeing of the town centre.

About $0.5 million works are being identified that can be completed as part of the current project ahead of the Perimeter Road project.

Total funding of $1.94m includes funds for the Perimeter Road project as well as survey, design and stage 1 implementation works.

A roundabout is planned at the intersection of Bussell Highway, Wallcliffe Road and Forrest Avenue, but construction will be dependent on progress with the Perimeter Road.

“The first stage works have not yet been finalised but we are focussing on items that will make an impact on the arrival into Margaret River,” project manager Wayne Prangnell said.

“Projects such as enhancing the median islands and changes that will slow down traffic cannot be programmed until after the Perimeter Road has progressed, so we are working with Main Roads to identify how the works can best be staged.”

The plans were developed by the shire in 2012 as part of the SuperTowns Planning Process. Deta iled design work and implementing the first stage of the project is now being undertaken with funding of $940,000 from the Royalties for Regions SuperTowns program. A copy of the plans and report prepared by Hassell are available for viewing at the Margaret River Library on Fearn Avenue and the shire administration offices at 41 Wallcliffe Road.

Copies of the plans and reports can be viewed and downloaded from the shire’s website amrshire.

wa.gov.au or from the project blog towncentre.amrshire.wa.gov.au.

Written submissions can be made by email to records@amrshire.wa.gov.au or addressed to the project manager, Augusta-Margaret River Shire PO Box 61 Margaret River 6285.

Submissions should be received by March 6, 2013. Comments can also be made publicly on the project website.