Coles and Woolies in ACCC sights 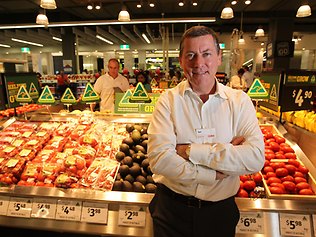 THE head of Australia’s competition watchdog says it was hard to get grocery suppliers to come forward to give evidence about alleged improper practices by Coles and Woolworths.

The Australian Competition and Consumer Commission (ACCC) is investigating complaints that the supermarket giants misused their market power by engaging in “unconscionable conduct”.

They’re accused of misusing their market power by imposing unfair penalties on suppliers, demanding additional payments and discriminating against them in favour of their private label brands.

The concerns were raised by ACCC chairman Rod Sims to the Senate economics estimates committee in Canberra on Wednesday.

The regulator initially found it difficult to get suppliers to come forward and give evidence when complaints about the alleged conduct of the supermarkets started circulating last year.

“I then promised confidentiality to suppliers … we eventually had around 50 come forward,” Mr Sims told ABC Radio today. “I suppose it’s fair to say we’ve got some fairly credible and consistent issues that we now believe we need to investigate in some detail.”

He said the ACCC “fully expects” the supermarkets to co-operate with the investigation, with some meetings already taking place.

Wesfarmers, which owns Coles, is conducting an internal investigation, with managing director Richard Goyder indicating Wesfarmers would co-operate with any inquiry by the competition watchdog.

Mr Sims said many business arraignments created “awkward situations” where one side was disadvantaged by the market power of the other.

“It’s always a difficult position when you’re selling to somebody and they know, and you know, that you have to make the sale whereas the buyer has many more choices than you do,” he said.