Closing the gap would pay $12b: Deloitte 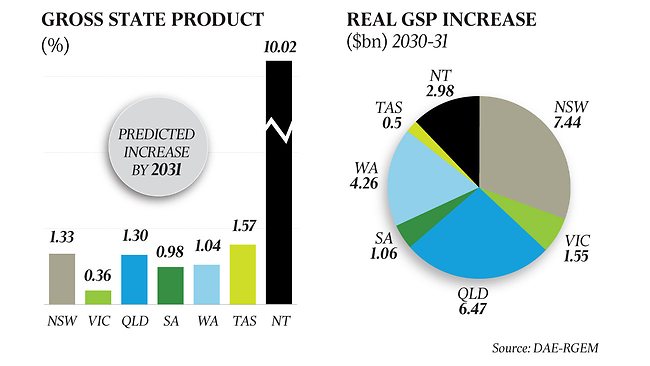 AUSTRALIA’S economy would grow by $24 billion and governments would be almost $12bn better off if key gaps between indigenous and non-indigenous people were closed by 2031, according to new modelling released today.

Reconciliation Australia commissioned Deloitte Access Economics to update its 2008 modelling of the economic impacts of social and health equity for Aborigines.

The new research shows Australia’s GDP would grow by 1.15 per cent, more than the 0.95 per cent predicted in 2008, because there are more indigenous people and, in recent times, employment gaps have widened.

The report comes as Reconciliation Australia co-chair Tom Calma threw his support behind the Prime Minister’s Indigenous Advisory Council and the Coalition’s Commission of Audit, which he said must find and cut “administrative red tape”.

“We have to have confidence that the council and the commission will look closely at what has gone on in the past, what is working and what is not working,” he told The Australian.

“We need to have a strategic approach to closing the gap, not this bloody whimsical approach we see so often.”

Mr Calma said the approach that had clearly been working started with the Council of Australian Governments commitment in 2007 to the ambitious targets and an increasing interest from the business community in driving indigenous engagement.

The Deloitte report says the Northern Territory economy would grow by 10 per cent if gaps were closed by 2031, although the biggest gain in absolute terms would be in NSW where the economy would grow by $7.4bn. Governments would save $4.6bn in expenditure — almost $3bn on social security alone — and would earn another $7.2bn from the GST and income and corporate tax revenues.

Closing the gap in education would be associated with an 18 per cent boost to the number of indigenous people with a job, about 26,000 extra in today’s terms.

Similarly for health indicators, 13,000 jobs — 9 per cent more — would be created if equity was achieved.

The report notes some factors which contribute to unemployment include racial discrimination and incarceration rates, which are not easily alleviated.

Indigenous employment was strongest in the health, public administration, retail and education sectors and there was a weak appearance in higher paid jobs.

The vast majority of economic gains — $16.5bn — would be made in regional and remote areas, the report finds.

“Given the variation in circumstances between metropolitan, regional and remote areas of Australia, tailored strategies will be necessary to close the gap in Indigenous outcomes in these different regions,” it says.

To analyse these metropolitan, regional and remote trends Deloitte chose three case study areas from around Australia — Blacktown in Sydney’s west, Fitzroy in North Queensland and Alice Springs in the Northern Territory.

Less than one-third of indigenous people in Alice Springs are employed, compared to about 40 and 50 per cent respectively in Blacktown and Fitzroy.

“It is interesting to note that non-indigenous employment and labour force participation is higher in Alice Springs than the other areas,” the report says.

“This shows that jobs in Alice Springs are less likely to be filled by Indigenous people and points to the complexity of understanding the causes for regional disparities in Indigenous employment.”